Why is React Native The Future of Mobile App Development? 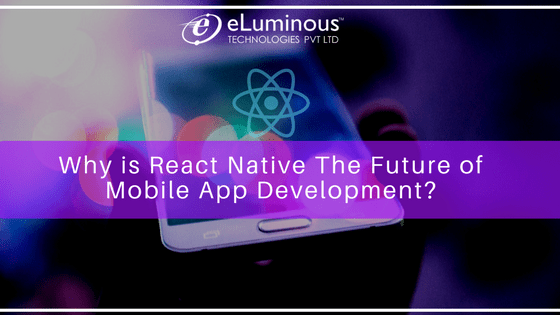 Looking at the Google trend, it is clear that React Native has gained a huge popularity within 2 years. The searches for ‘React Native’ are more than ‘android development’ & ‘iOS development’. 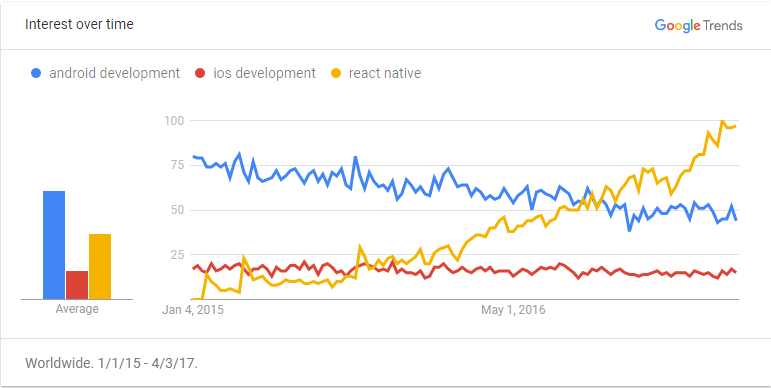 The need of an hour is to get the mobile app developers who could develop our app within short development time, better app performance, run on more than one device. It is possible with the hybrid app development, where the framework allows the app to run natively on distinct devices. On the leading edge of this technology is Facebook’s React Native user interface (UI) design framework. React Native has impressively grown & maintained its status till date & we are sure to React will be the future of mobile app development. Let us see how:

Most of the React Native APIs are cross platform, which allows you to develop an app that runs on both the platform without any need of platform-specific coding. It gives native look & feels to your app. Facebook used React Native for developing its own ads manager app, which is running exceptionally well for both Android & iOS. With these two platforms, Facebook had made it open-source to enhance the compatibility with the other platforms too.

React Native’s building blocks are reusable native components which makes the process of developing mobile apps much faster. This kind of structure allows you to develop an app in web-style approach than typical hybrid frameworks. The community support for React is exceptionally well. App development time reduces by almost 27%. The state management tool (Redux) also helps to reduce development time.

Native app development takes a long time for development, less developer productivity while React Native is all about speed, agility to hybrid space with native results. One of the biggest advantages of using React Native is Live Updates. Developers can push the updates directly to the users’ phone without going through the app store update cycle.

React-Native is adaptable that allow front-end developers to be mobile app developers. There is no need of learning iOS Swift, Java for Android. You should have a clear understanding of JavaScript, platform APIs, platform-specific design patterns & you will be ready to develop the app. React is still new and under heavy development. It is being said that is growing like crazy & Facebook already has the expert team working on the same.

React Native is focused merely on building mobile UI. Fast reloading refreshes the UI instantly with any changes in the file. In comparison with AngularJS, MeteorJS React Native is more focused on UI, making it JavaScript library rather than a framework. It uses Flexbox layout engine for both the platforms. All of these makes app highly responsive, quicker load time & smoother user experience.

This is how React native enables mobile app developers to build world-class experiences on native platforms. The growing community, rich features, over-the-air updates are the intimations that it will become a model for mobile apps.