Ionic2 Vs React Native – Which Framework is better for Cross-Platform Mobile App Development? 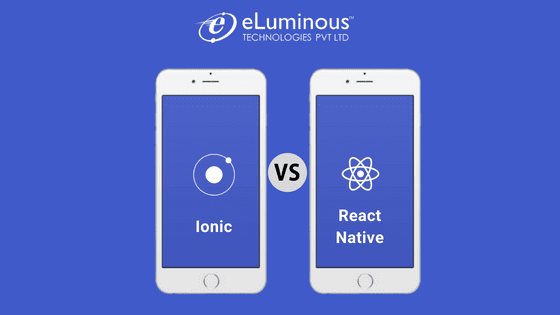 Are you looking for cross-platform app development? Having confusion in choosing the right framework for your idea? No worries, you are in the right place. What you need is a consolidation of both in one mobile app offering duel benefits. These platforms serve the same purpose of supporting the creation of mobile applications through web technologies like HTML, CSS, JavaScript. What sets them apart are pros & cons, specifications, limitations, scope, etc. which would assist you in selecting the framework for your next project. 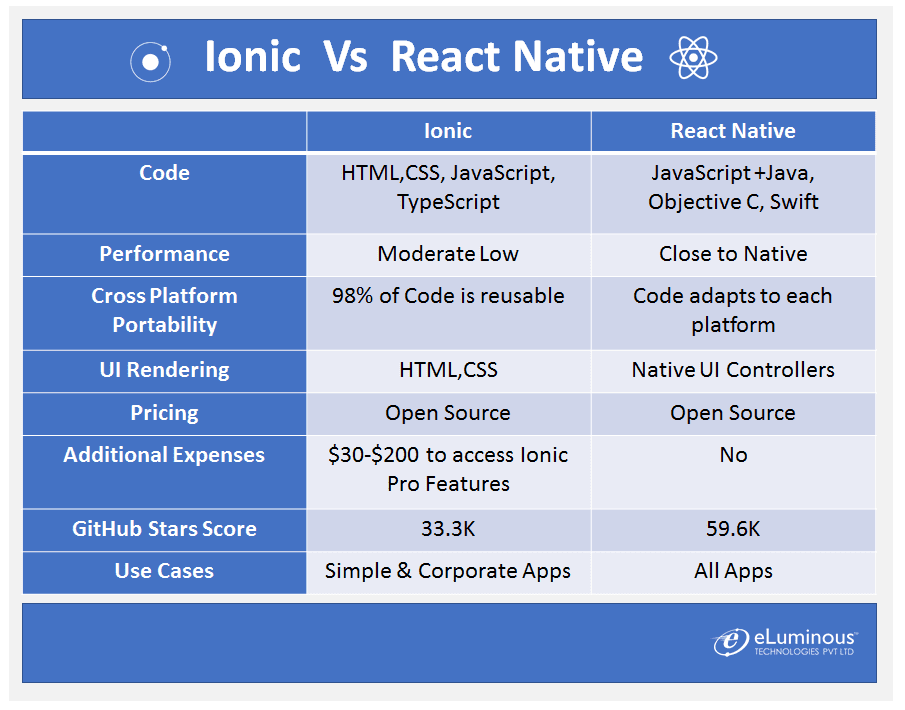 Ionic 2 is not just a rewrite of the previous ionic version, but it replicates the structure & design of AngularJS 2. It also coincides with the Android language, material design, and iOS. If you have expert front-end developers with handsome experience in AngularJS, then it will be more than easy to develop the app using ionic. ‘TypeScript ready’ feature of AngularJS 2 allows it to integrate its components in Ionic 2. It is equipped with predeveloped style components that simplify the UI of the app. Although UI is not exclusively native, it gives a feel of the native. It works on Cordova which gives your app the WebView. 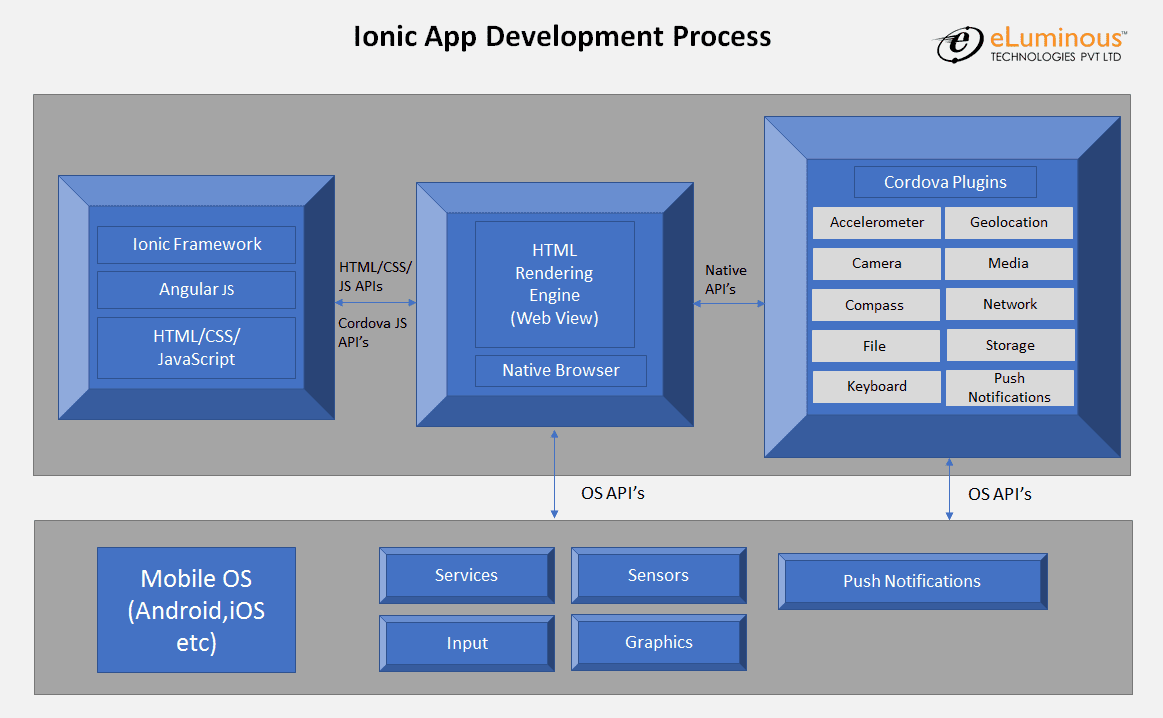 • The app testing is faster- No simulator is required.
• TypeScript can be used to develop apps for all platforms.
• Easy to learn & working is simple.
• Compiles with both Android & iOS.
• For small projects, Angular is easy to learn & work as compared to React.
• Plugin integration allows accessing the native functionality of the app.

• Advanced graphics & interactive transitions will be complicated with Ionic 2.
• There may performance disturbance occur if many callbacks to native code are used.
• If your users prefer the native UI look, the same UI look in all the devices could put them off.

App developed with React Native framework is a native app & not a hybrid app. Using React Native a high-quality app can be created but it requires higher learning, increased efforts & maintenance. It is developed by Facebook which an extension of React JS is making using similar principles. The best thing here is that you don’t even need to touch the UI thread and yet you will get a responsive UI. React Native components are written in HTML, CSS, or JavaScript but it makes use of native components behind the scene. The user will feel no difference in a React Native app or Native app. One of the best features of React Native is that it’s not a web-based app like Cordova for Ionic or PhoneGap and the implementation is rapid and runs efficiently on mobile devices as well. Unlike Ionic, it is not designed to write once, run everywhere, so you need to change some platform-specific code in your program since the goal is to create the closest native look as possible. 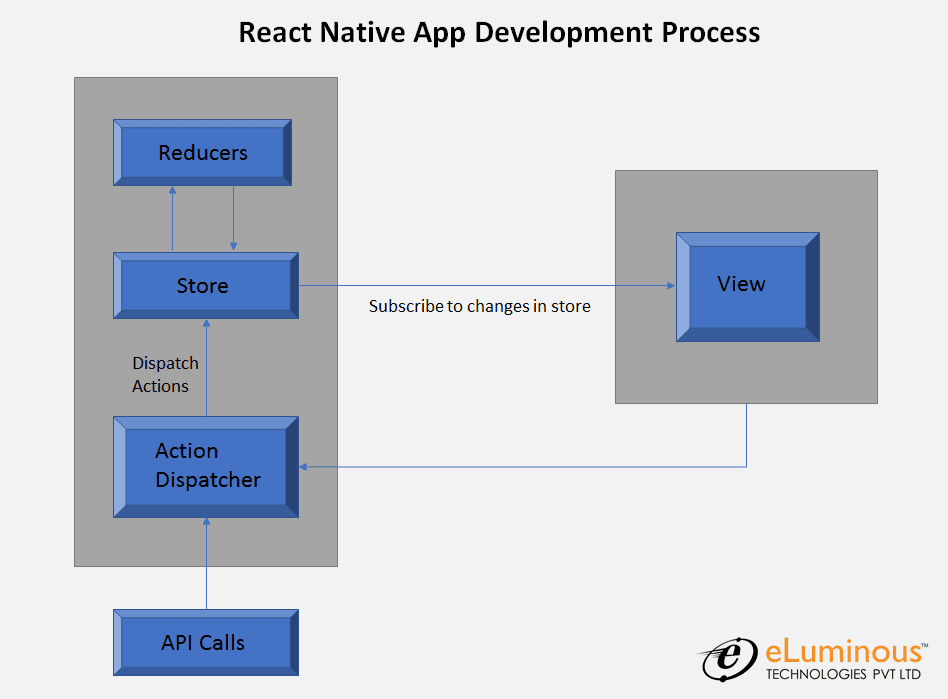 • React Native is more stable and feels like a native app.
• React is easier to maintain if you have large projects since it follows stricter design patterns and paradigms.
• Performance is better than Ionic2, as hardware processing functions are through a specific platform & not by Cordova.
• The Same code can be used for iPhone, Android & Windows.

• High performance sets it for long, hardcore projects which leads to high budget.
• Converting HTML code to native code can be tricky and involve bugs. To fix bugs, the developer must know swift or objective C.
• Originally it was created for iOS, thus components of Android may require work from your side. Use of JavaScript may give you an outdated feel.
• Although, write once and use anywhere applies and you use the same components but still you will have to maintain separate codes for Android and iOS. This means that the workload would increase despite the difficult learning curve.

Being a well-experienced Mobile Application Development Company, I would like to sum up by suggesting  the best option for your business as follows:

In case of Startup, Ionic is a good choice for prototyping or projects which have fast development needs, or if you have many app requirements with lower budgets, and whose app performance ratings aren’t paramount.
And if you are looking for enterprise app which is aimed for long-term stability, performance-rich, cutting-edge responsiveness & willing for natively rendering app, React Native is the one for you.
Comment below, if you have any query or suggestion. I would be happy to assist you with our hybrid app development team.