How much does React Native App Development Cost in India? 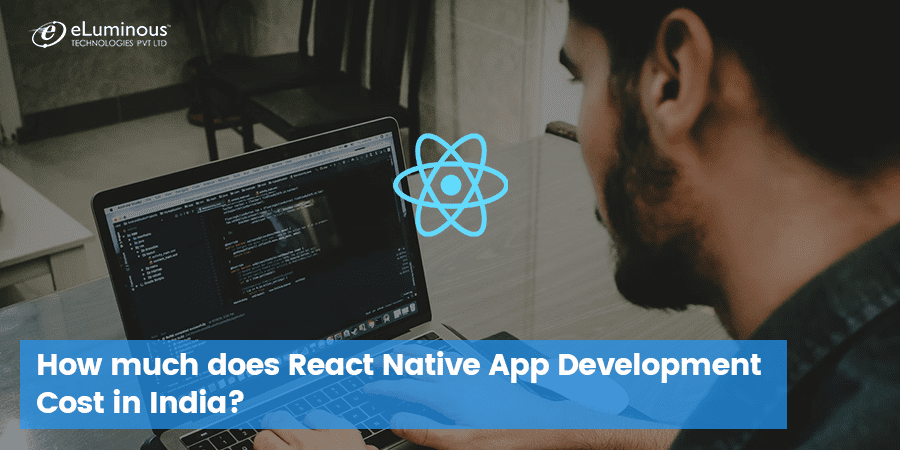 According to Statista, in 2021, there were approximately 298 million smartphone users in the United States, and we are sure this number has increased in 2022. Affordable smartphones and feasible internet are the reasons your potential customer is available on the digital platforms. Hence digitally transforming your business by developing a feature-rich mobile application with the help of a professional custom mobile app development company will surely increase your ROI.

When you explore the mobile app development market, you will notice that remarkable technological advancements have resulted in mobile apps gaining tremendous momentum for all businesses across industries.

One of the most significant benefits of using this technology is it offers a credible choice for developing cross-platform apps. It means using React Native; developers can create mobile apps for both Android and iOS using the same code base. Hence mobile apps built using React Native are fast, robust, and cost-effective.

Are you concerned about the React Native app development cost?

The top React Native mobile app development companies in India offer to React Native hourly rates of $10/hour to $60/hour, depending on the developer’s seniority and the app’s complexity. This cost is far less than in other countries like the US, Australia, Spain, New Zealand, Germany, etc.

If you want to determine the React Native app development cost in India for your next project. This blog will prove helpful as we have covered all the factors affecting the overall cost of mobile app development. It will help you decide the budget for app development. Moreover, in the end, you will discover valuable tips to reduce costs and keep development under a pre-decided budget.

But before diving deep into those details, do you still confused about whether going with React Native for your app development is a good decision or not?

Don’t worry; we will start from basic and understand first why React Native is gaining so much popularity among businesses and developers.

What is React Native? React Native is an open-source JavaScript framework developed by Facebook in 2015. This framework works like React and uses the same component-based approach. The difference lies in React being used for web app development and React Native for mobile apps. If a developer already worked with React, then using this framework is relatively easy for him.
Have a look at the worldwide increasing popularity of React Native in the last 12 months.

In our next section, let’s cover all the other benefits of using this framework for app development.

Why is React Native the best choice for Mobile App Development? Top benefits of using React Native for Mobile Application Development are as follows:

React Native removes the uncertainty related to the app performance by offering the native feel and look to the mobile app users. With its easy accessibility to third-party APIs and plugins, developers easily achieve the native look and functionality in the app.

Using this framework, the expedition time reduces as developers can use the same code base for different platforms. The faster development time is the main reason for the less react native app development cost in India.

It is one of the top features of React Native that developers love. Developers can share more than 90% of React Native code among platforms (Android, iOS). Thus, time is saved in developing a separate application for all the platforms. Besides this availability of various libraries and ready-made solutions make mobile app development quicker and more effective.

React Native offers live reloading features. It helps developers check any changes made in source code without recompiling the app. Due to this feature, the time for app development reduces.

As this framework is open source, all the documents are accessible to every front-end development company. Moreover, the enormous community support helps developers to easily find all the support and tech information on the web. 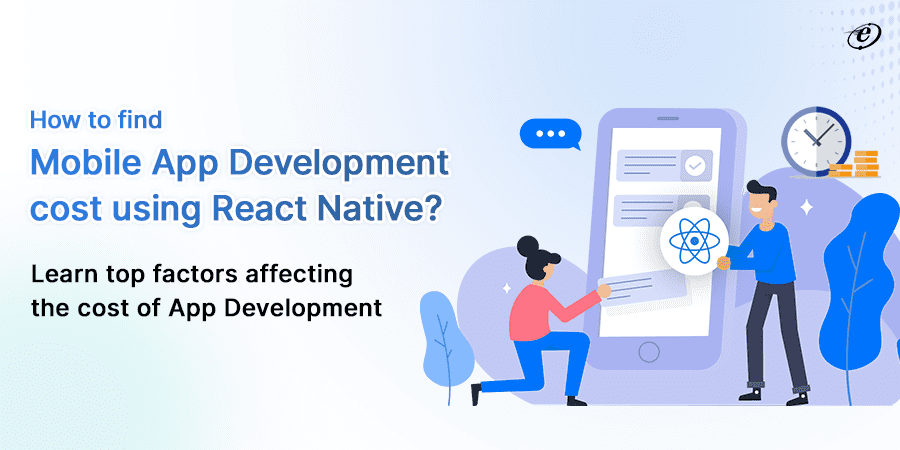 1. Complexity and Functionality of App

This is one of the biggest factors in deciding the React Native app development cost in India. The functionality and complexity of any app determine the time and cost taken to complete it fully. For example, a complex app with modern features will take more time and cost to develop as compared to a simple application with MPV. Based on complexity, the apps are divided into three categories such as

There are certain points based on which apps are segregated into simple, moderate, or high complexity; those are- 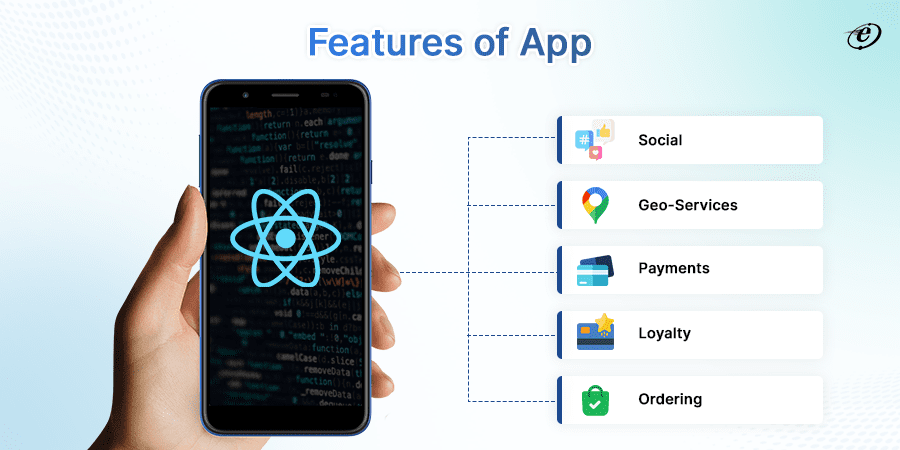 Although using React Native framework, developers can develop highly robust and scalable mobile apps; if you still want to customize the app as per business requirements, it will cost you extra. For example, integrating an app with social media or providing add-ons will increase the app’s cost. All such add-ons are a facet of the cost of app development. 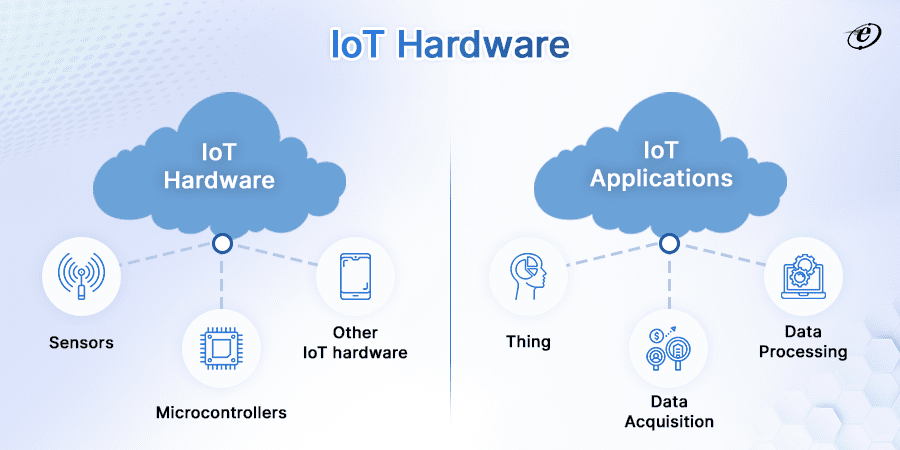 The app’s complexity increases if it depends on the hardware, and so does the overall cost. For example, compared to native apps, you have to invest more in developing IoT apps using React Native. 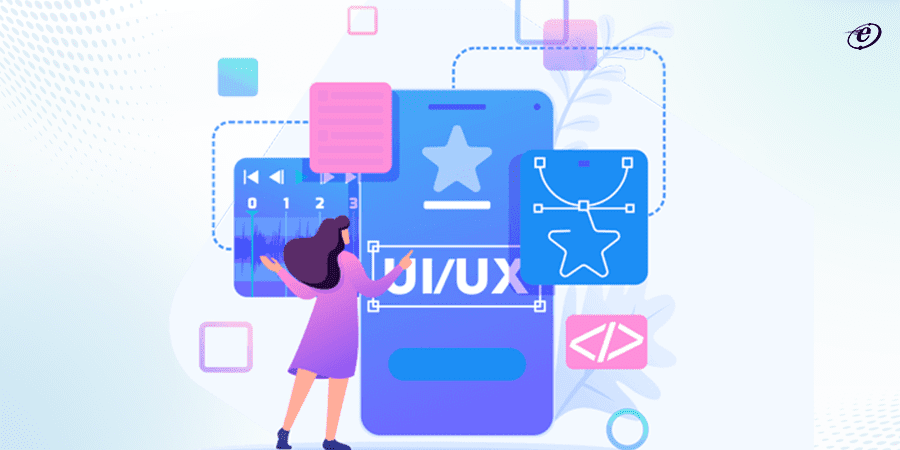 The front end of any application is the key factor in deciding its success. An effective app targets lots of users at the same time; hence fast browsing, efficient user flow, and well-timed animations are crucial for any application.
The design of the user experience is directly associated with cost. Because the apparency and functionality of the app for a user play a vital role in deciding the cost. This framework offers different UI elements which help developers to develop a stunning, user-friendly app without writing codes from scratch. 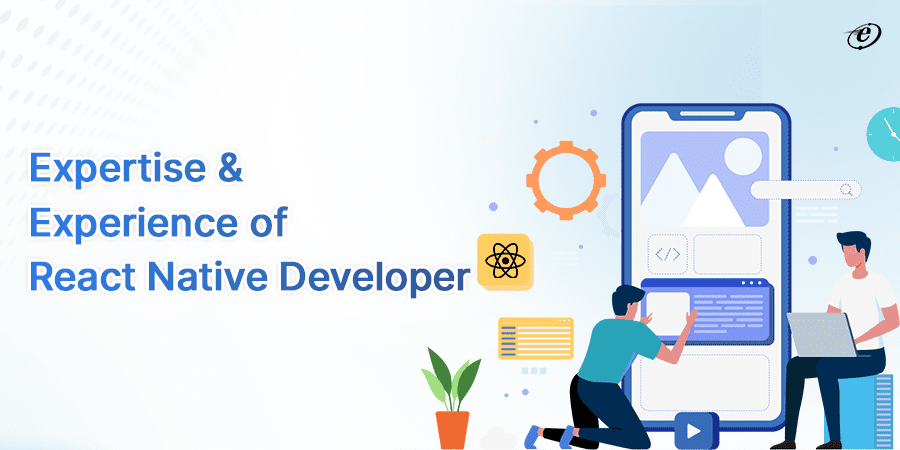 The React Native app development cost in India also depends on the expertise of developers. For small apps, middle or junior-level developers are a good choice, but for highly complex and feature-rich applications, hire a senior React Native developer. Determine the React Native developer’s salary experience is the prime driving factor. Hence if you want to reduce the cost and can compromise on its quality, hire a medium or less experienced person for your project.

Read more: Learn how to hire React Native developers for your next project. 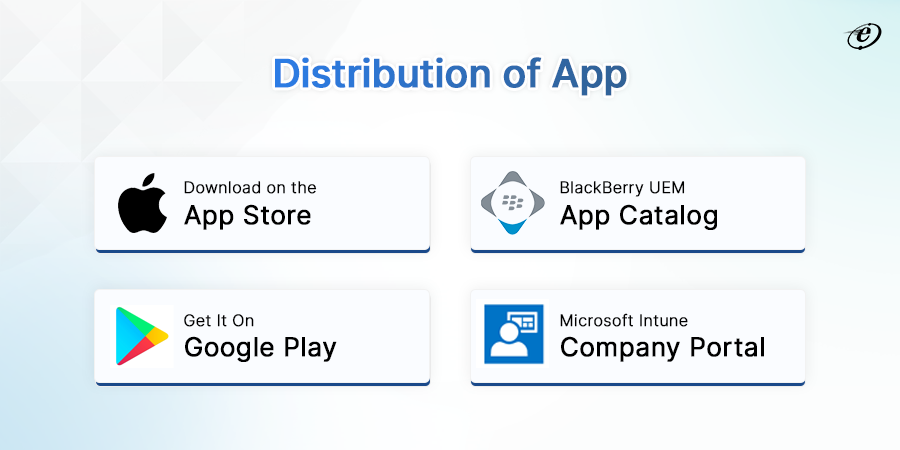 There are numerous distribution channels where you can deploy your app. But do you know the deployment of apps on all these platforms is not free of cost? Each store has a fixed set of pricing. App Store and Google Play usually charge 100$ as developer license costs. Along with that, app developers have to seek permission from the host to ensure all the policies and development standards are taken care of. If you want to develop an app that requires user login or authorization, then the cost would be relatively more compared to building React Native app with no authorization or login. Because the time for development increases for incorporating such functionality in the app. Great efforts are also needed from the mobile app development team and the enterprise system development team to make sure that the app is perfectly developed and deployed. 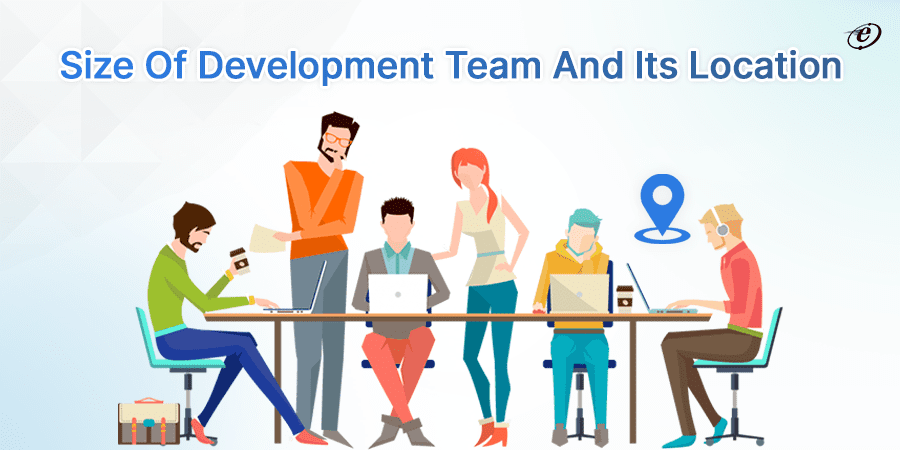 A software development team usually includes front end developer, back-end developer, project manager, QA analyst, and tester. The hourly cost of each member varies with their location. Thus, if you hire the whole development team from a React Native development company, the cost will be more than hiring a freelancer for all the tasks. But you will also notice a significant difference in the app’s quality. While hiring a freelancer, only a single person takes care of everything. Hence the app quality deteriorates, and the chances of errors are more. 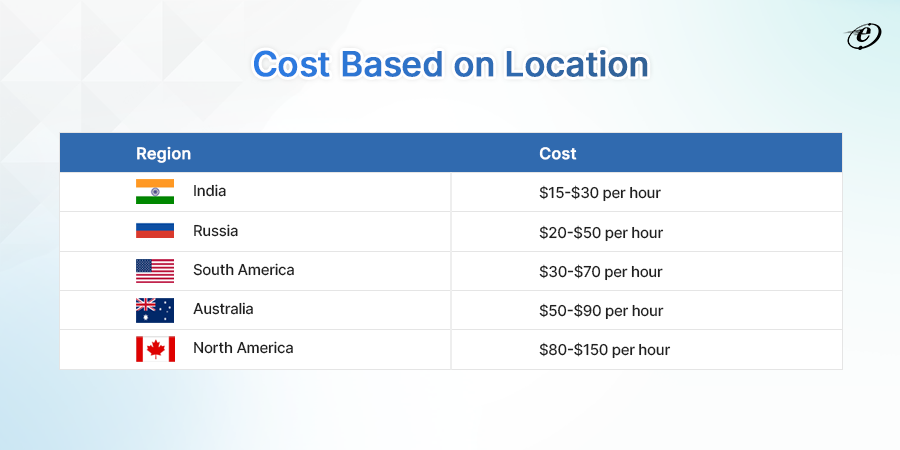 How Much Does React Native App Development Cost in India in 2022? 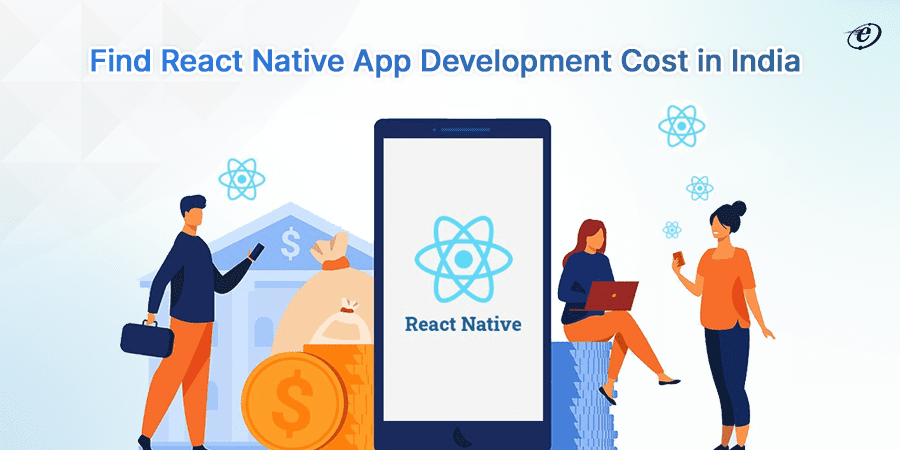 React Native is the most cost-effective framework in the market, so if you are on a tight budget, this framework is best for you. In India, React Native developer’s hourly rate is between $15 to $25.

As discussed, various factors contribute to React Native app development costs in India. Moreover, app development cost differs with the change in the app requirements (features, complexity, architecture, etc.). Hence, it is challenging to estimate the exact cost. Here, we include the average cost based on app complexity and team size. Check out the below image and figure out which option best suits you. 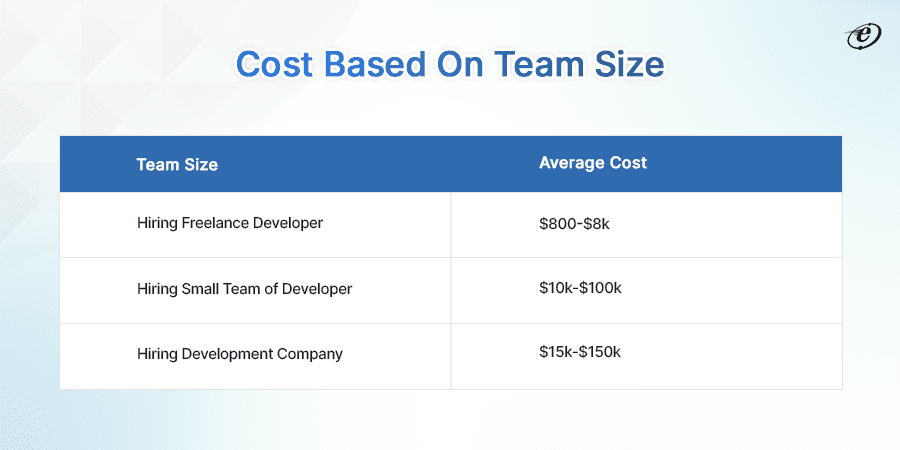 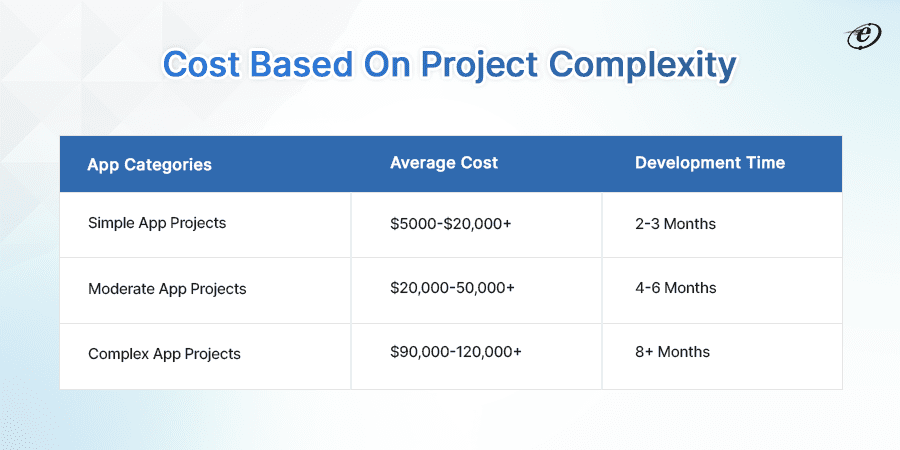 To understand how this cost is evaluated, check out the cost breakdown of React Native app development in India.

At eLuminous Technologies, we provide developers at a minimum hourly rate of $10+. The cost will increase depending on the feature and functionality you want to add to the app. Let’s check out the cost of different types of React Native apps developed by us. 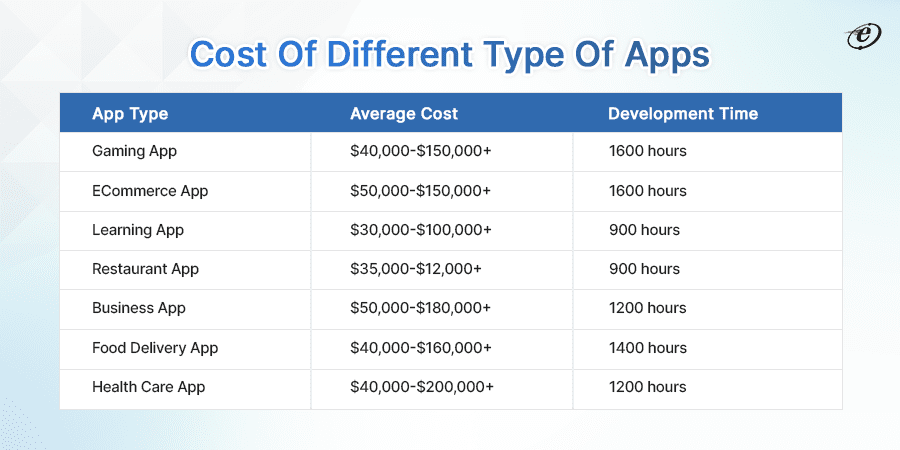 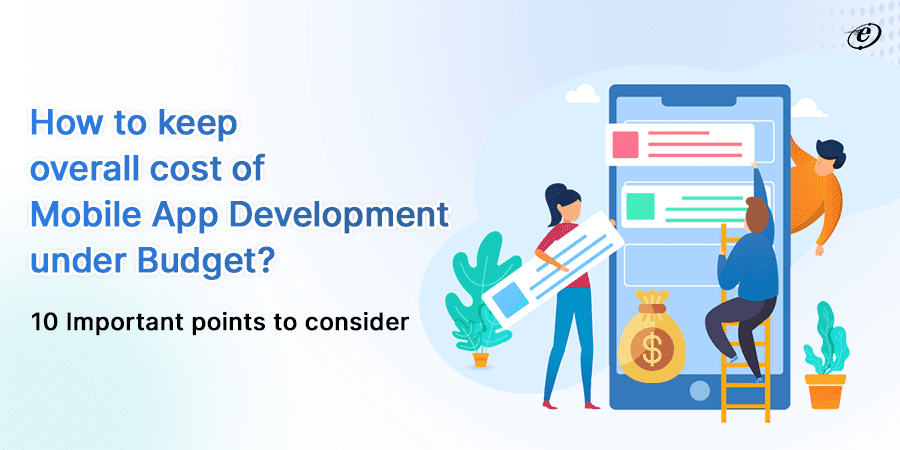 Based on our over 20 years of experience, we have listed certain points that will help you keep the React Native app development cost under budget.

1. Initially, make MPV (Minimum Viable Product). It will cost you less and helps in raising the money for the app.

2. Try to reuse the app’s components as far as possible. It will not only reduce costs but save time. A bit is a great tool to reuse components.

3. Considering the factors affecting the app cost, decide your budget and divide it into each development phase. Convey the same to the development team.

4. Have a weekly meeting to check the app’s progress and ensure that the project is going under budget.

5. React Native consists of various in-built frameworks. Ask your team to try to use them. It will reduce the development time.

6. Make the list of all features you want to add, but keep the focus limited to essential ones.

7. React Native is a cross-platform framework. Hence develop apps for both platforms in one go. It will save a lot of money.

8. Instead of developing everything from scratch, use multiple templates available free online to reduce the budget.

9. One of the best ways to reduce app costs is to outsource React Native developers from regions where the developer’s hourly rate is less.

10. Make the app futureproof, so any changes or updates are easily carried out instead of developing from scratch.

Before the launch of React Native in 2015, the business had to invest a lot of money in developing separate apps for different platforms. To reduce the development cost, Facebook created a cross-platform JavaScript framework- React Native. Using this framework now, you can develop apps for all platforms with the same code base. It not only speeds up development processes but reduces the cost.
React Native also offers developers the to build apps with a native look and feel for both Android & iOS. Some other interesting points that make this framework everyone’s favorite and help in reducing the total project cost are:

A professional React Native development company will ensure you everything that can minimize the app cost. From easy migration of mobile apps from any platform and hassle-free app maintenance to strong community support, every point is considered by the right development team.