“Each application comprises front end and backend, out of which front end plays a vital role in the success of your business. You could have a robust backend strengthening your application, but users will leave your website immediately if your front end is not user-friendly and feature-rich. “

The front end of an application creates a bridge between the user action and interacting with the backend to provide the desired result, such as shopping online, watching videos, chatting, etc. In simple words, what you see on any website or application is brought to life by front end developers.

Front-end developers create structure, design, animation, and everything users see while opening a website. Hence, we can say that the front end encourages users to remain engaged with your application.

Today everyone is selling their products and services online with the help of a unique and appealing front end. You also have to spend time and money to come up with a feature-rich front end to stand ahead of your competitors. 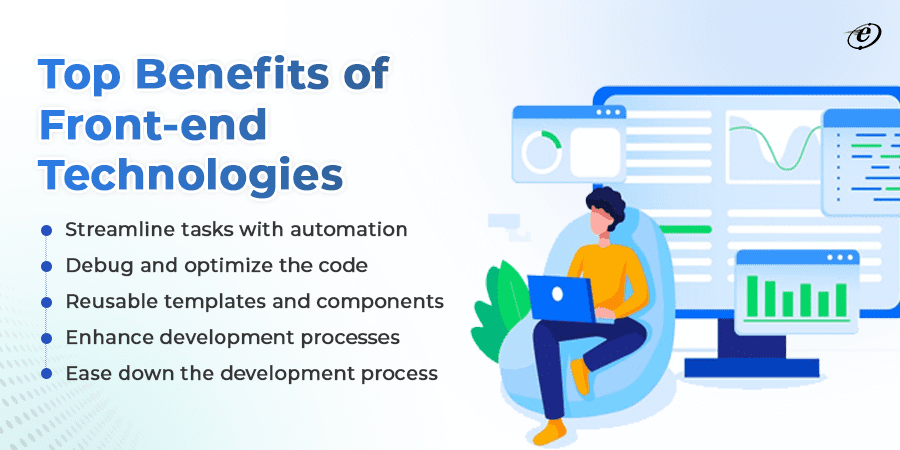 Unlike other industries, the trends in the front-end development change faster as per the needs and deeds of businesses. You will discover in this blog the 7 latest front end technologies in 2022. Without further delay, let’s dive deeper into all these frontend technologies. 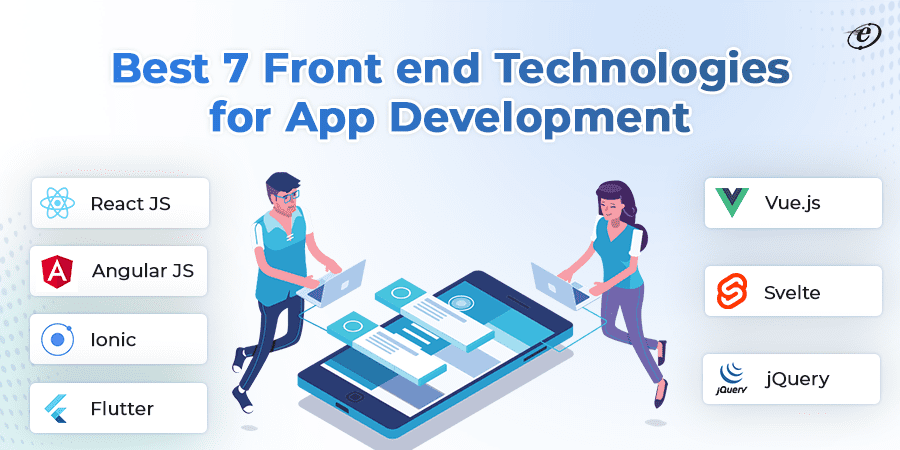 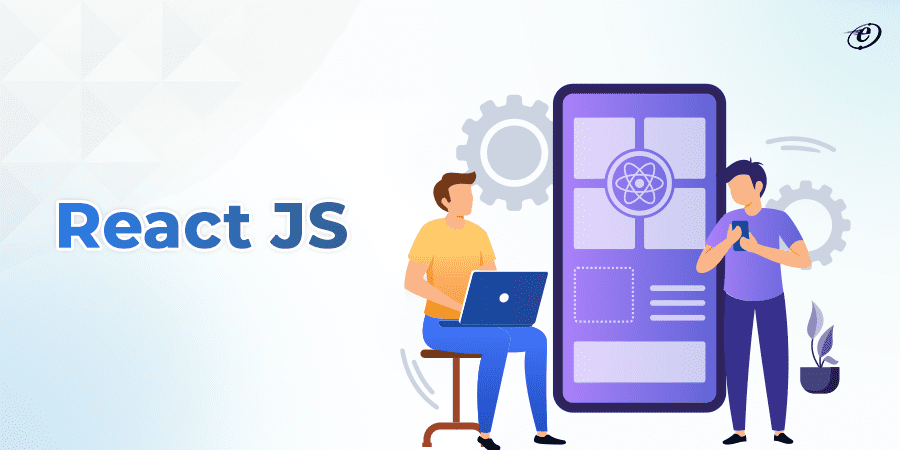 It is also known as react React JS or react. It is an open-source JavaScript library for creating interactive and dynamic UI/UX design. It is mainly used for building SPA (single-page applications) and server-side or mobile applications. It is one of the leading front end technologies today due to some of its amazing features like JSX, and Virtual DOM, which helps developers to develop highly robust applications in less time. It is known as one of the fastest front end development frameworks.
Facebook developed and maintained ReactJS. Moreover, this technology has vast support from the Community; hence, front end developers can quickly get support when they are stuck somewhere using ReactJS. Facebook, Instagram, and Netflix are some top websites built using ReactJS. 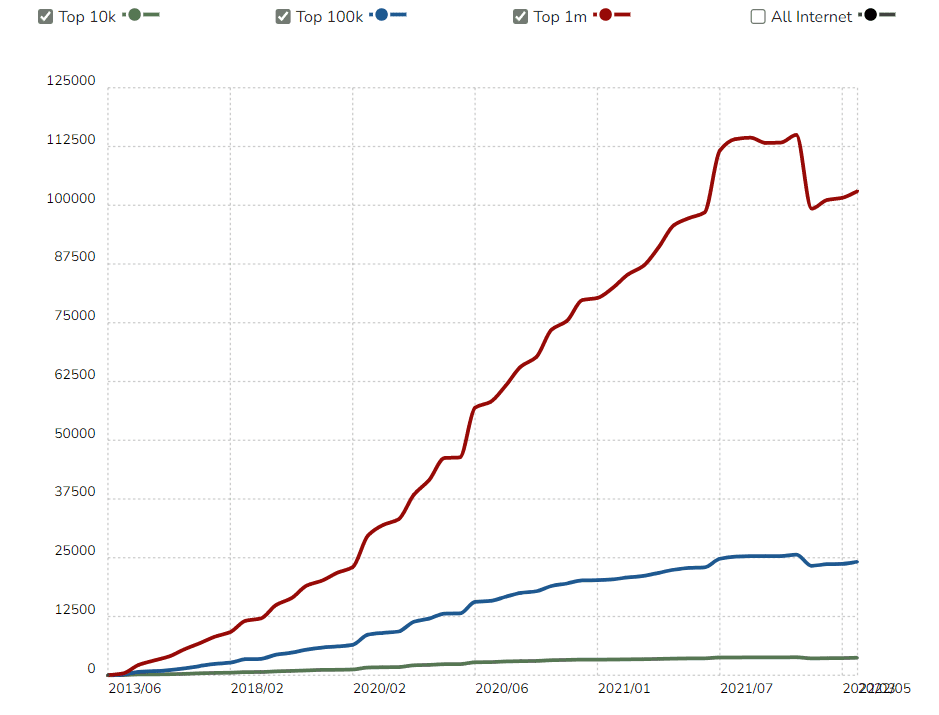 In React data flow in one direction (unidirectional) only. Due to this feature, there is good control throughout the application. The JS app architecture component called Flux is responsible for controlling the data flow from a single point.

With the help of this feature of React JS, fixing bugs is easier and codes are more readable. Hence React JS is the best platform to develop an engaging and exciting UI.

JavaScript Syntax Extension (JSX) is an XML or HTML syntax that is used by React JS. With the help of this syntax HTML is written in a similar file which makes understanding and debugging of the code simpler.

A virtual DOM is a copy of the original DOM. Whenever any component changes, the Virtual DOM updates. The real DOM is then compared with the virtual DOM and only that part where component updated changes. Thus, there is no need to update the whole DOM which results in fast rendering.

React JS is made up of several components, and each component holds a particular logic. Thus, without impacting the DOM developers can rely on the data across the app. These React JS components play a vital role in deciding the interaction and visuals of the app. Angular JS is an open-source front end framework mostly used for developing (SPAs) single-page web applications. It was developed by Google in 2010. It is one of the flexible front end technologies and can be easily integrated with other technologies like Ionic, Cordova, or NativeScripy to get near native mobile applications. 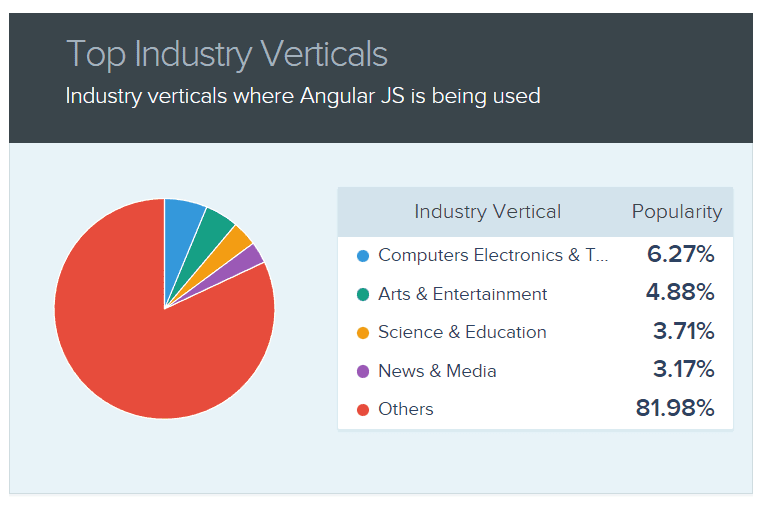 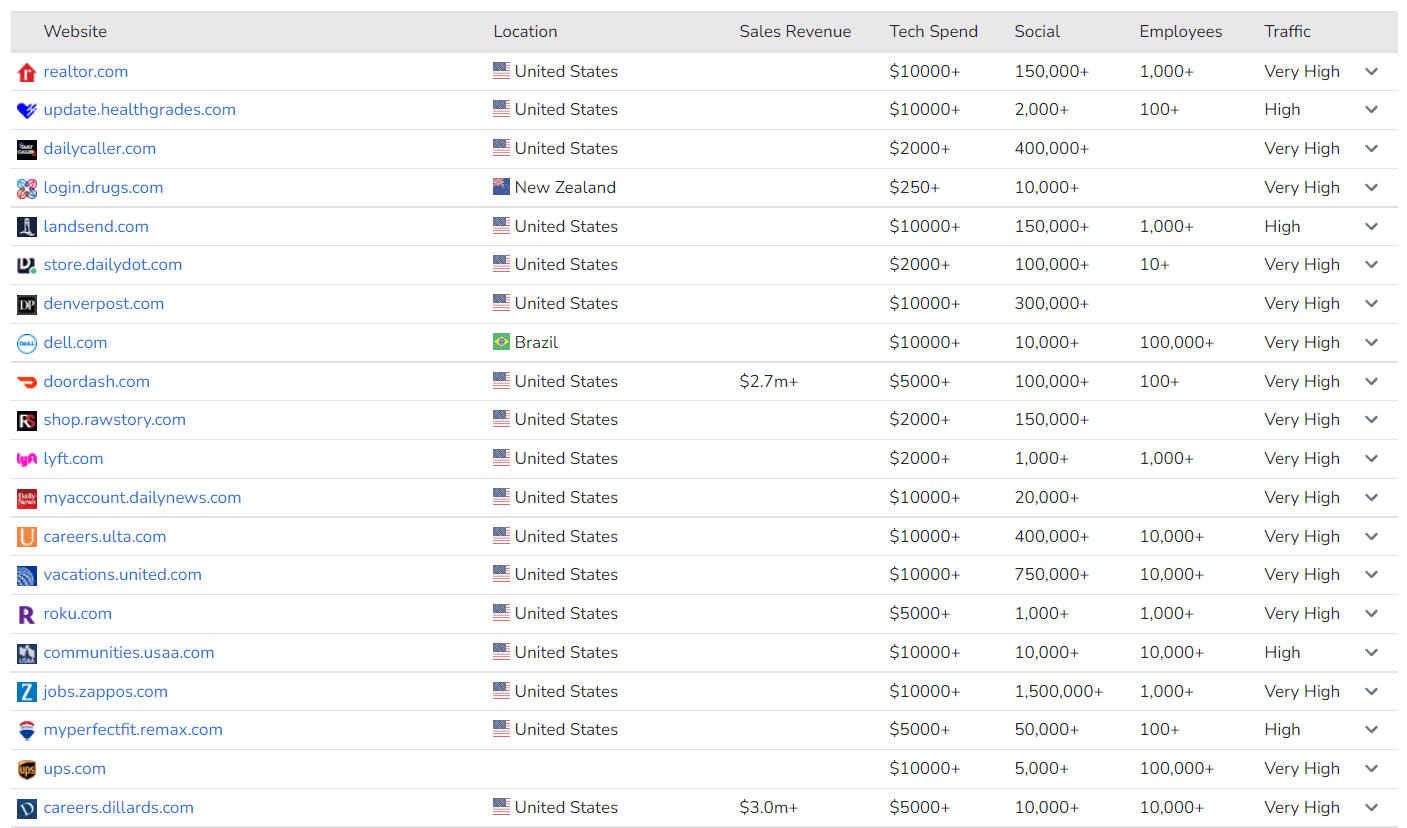 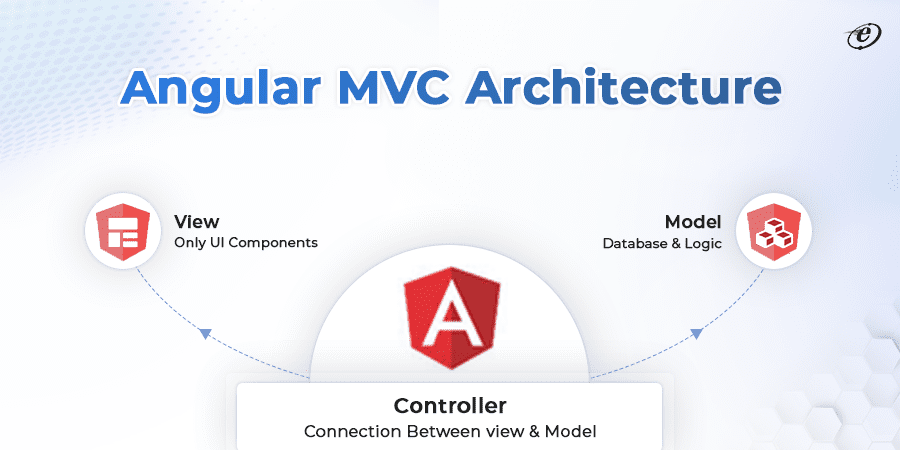 In this front end technology, we don’t need to write separate code to execute the data binding functionality. We can easily bind data from HTML control to application data by simply adding some snippets of code.

This feature of Angular eases down the testing process, that results in less load time on the Tester. With the help of dependency injection in Angular JS, you can treat conditions as outside components and separate the segments from their respective states.

Unlike other front end technologies, the router in Angular JS has a specific usage. It acts like a server-side router and doesn’t observe the location. Hash. 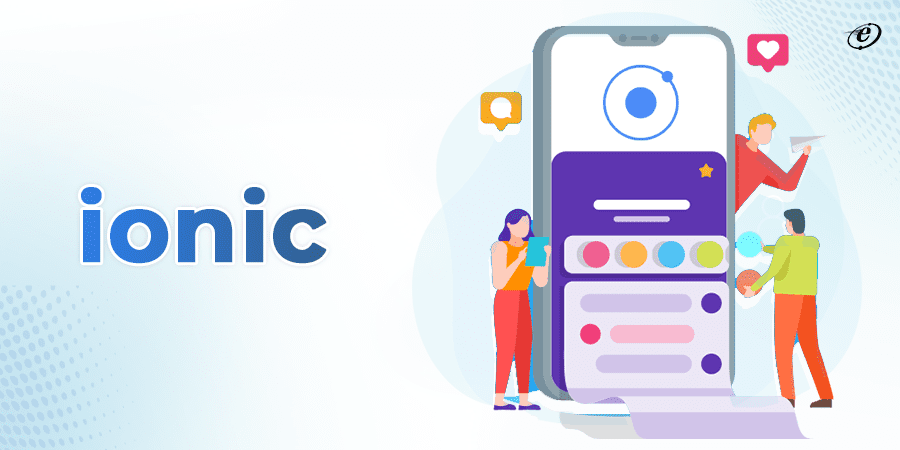 Ionic is one of the leading front end technologies. It is an open-source front end framework, used to develop mobile based applications for Windows, Android, iOS, etc. It is also a cross-platform framework, it means using same code base we can make application for both iOS and Android platform.

Ionic offers a command-line interface that enables you to develop applications without any code. Moreover, this front end framework consists of a vast range of customizable themes and components that helps to develop attractive and appealing UI. A few of the top websites but on this technology are AppsFlyer, JustWatch, PartsAvatar, etc. 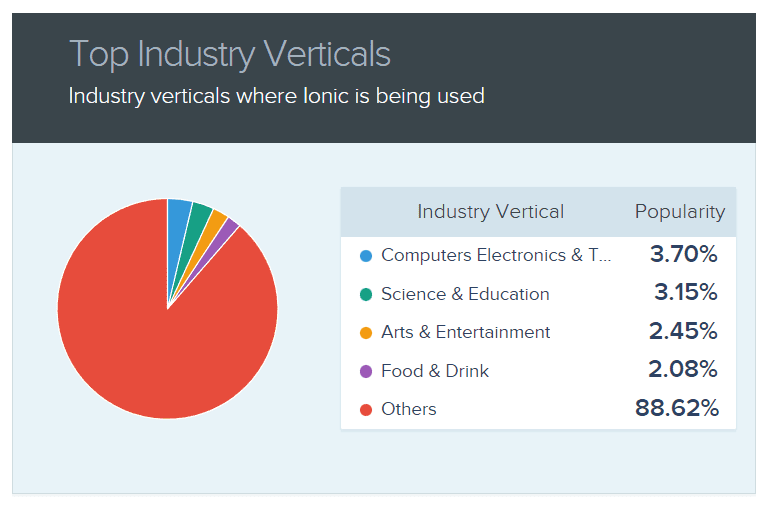 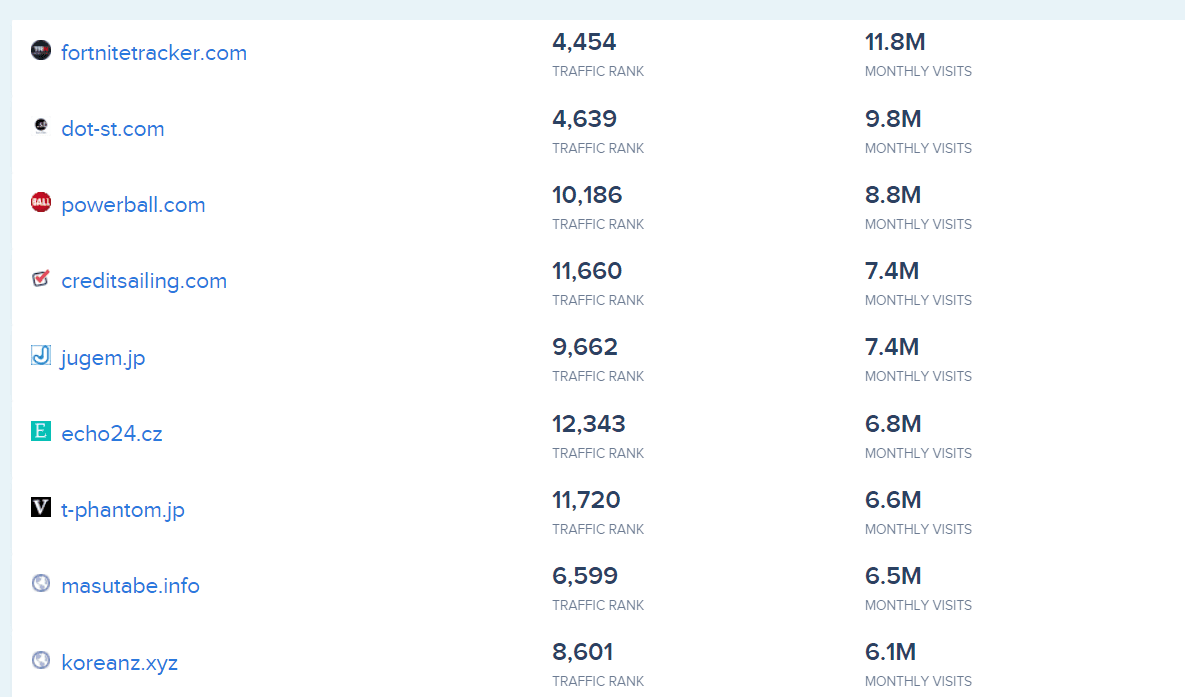 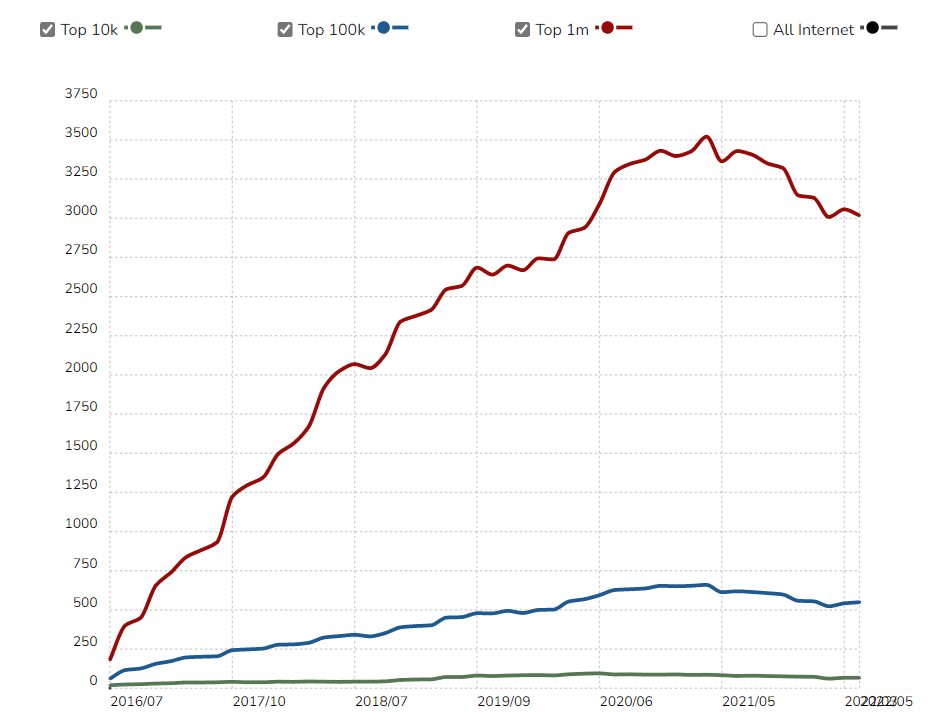 This frontend technology is built on standard and reliable web technologies like CSS, HTML, and JavaScript. It uses modern web APIs like Shadow DOM and Custom Elements. As a result of which Ionic components have a stable API, and hence Ionic app can run on multiple platforms.

Apache Cordova is a native runtime that helps developers to develop native mobile apps with CSS, HTML, and JavaScript.

Earlier versions of Ionic were coupled to Angular, but the recent version works as an individual web component library. It can also be used with other front end framework such as Vue, and React.

Ionic is an open –source front end framework released under the MIT license. It means anyone can use it free for commercial and personal projects. 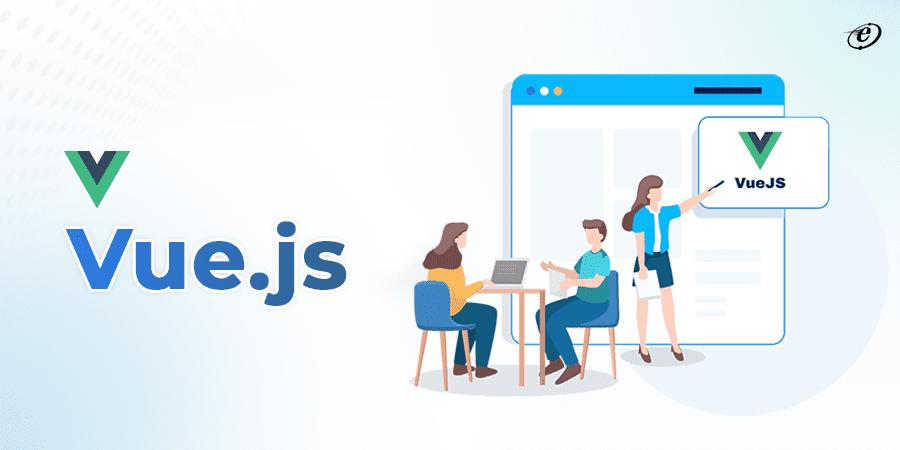 It is a JavaScript framework used to develop SPAs (Single-page applications) and interactive UIs (User Interfaces). Vue was launched by Evan You in 2014. It is one of the best front-end technologies for developing lightweight and adaptable interactive UI elements.

Due to its lightweight nature Vue.js is quite easy to implement. This front end framework has a core library. Without any issue Vue.JS can be integrated seamlessly into large projects. It has a MVVM (model-view-view model) architecture pattern. The core library of Vue focuses mainly on the view layer. Using the supporting libraries of Vue.js, a front end development company can achieve any functionality in your application. 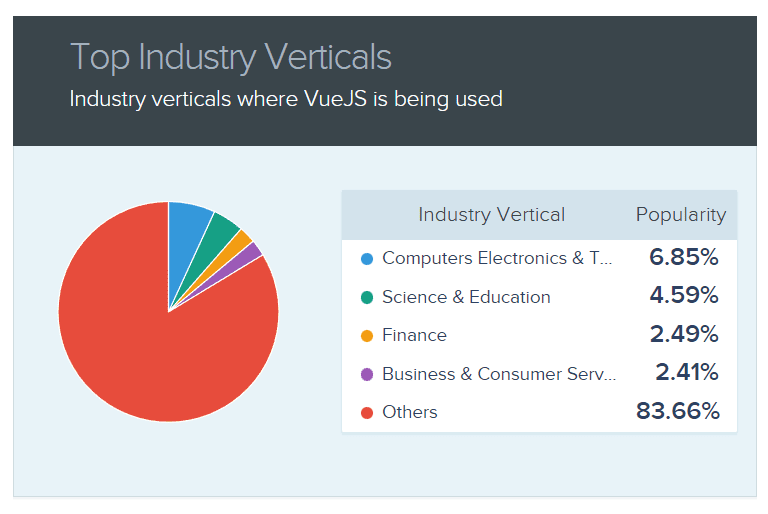 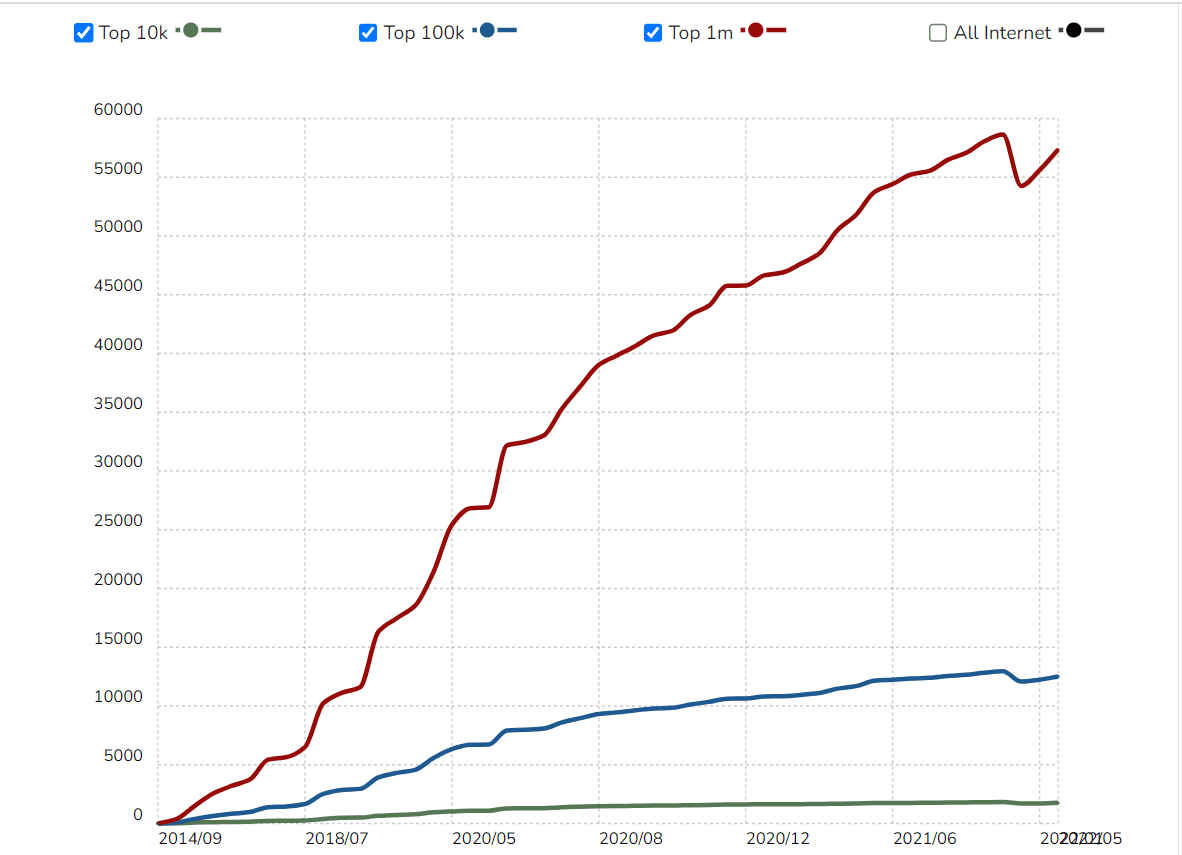 Just like React this front end framework also comes with the stunning feature of Virtual DOM. Hence in Vue.js instead of change in the whole DOM only that component of the virtual DOM changes in which change occur due to user’s action.

Out of all front end technologies this is one of the best features of Vue.js. It has built-in directives which are used to perform various actions on the front end. Some of the most commonly used directives are v-show, v-else, v-bind, v-if, and v-model.

Vue.js has a built-in transition component and it offers ways to apply transition to HTML elements when they are added, removed or updated from the DOM. Moreover, we can add interactivity to the interface by adding third party animation library.

This unique feature of Vue.js offers one to watch a component and execute certain action whenever there is any change in the component. We don’t need to add any additional event, watchers will take care of any changes in the data and thus make the code simple and fast. 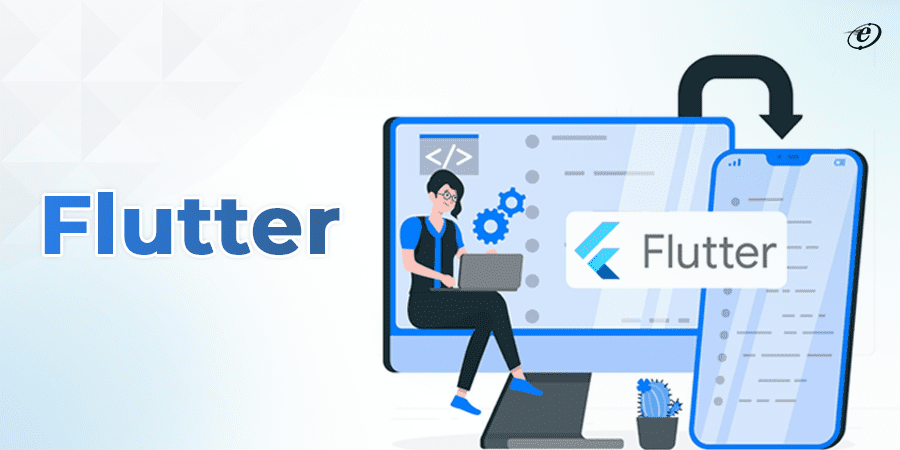 Flutter is developed by Google in May 2017. It is a free and open-source mobile UI framework. This front end framework allows you to develop a native mobile application with only a single codebase. It means using single code you can develop apps for both Android and iOS.
Flutter is one the fastest growing frontend technologies for developing effective and flexible web designs. This framework allows developers to develop applications faster using Skia graphical engine and Dart programming language. Some of the top apps built on this platform are Google, Dream11, Alibaba, BMW, etc. 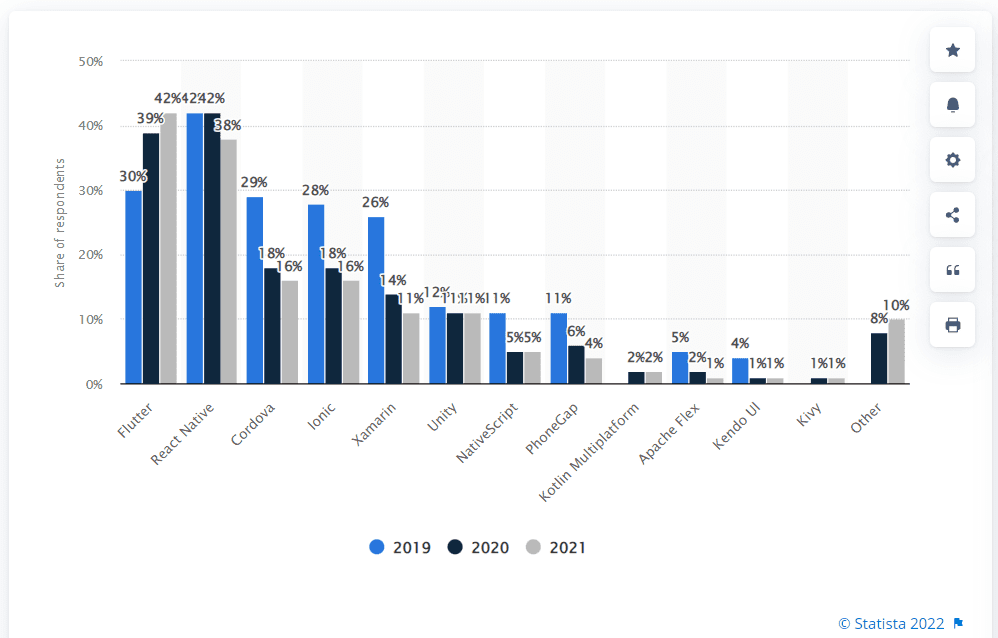 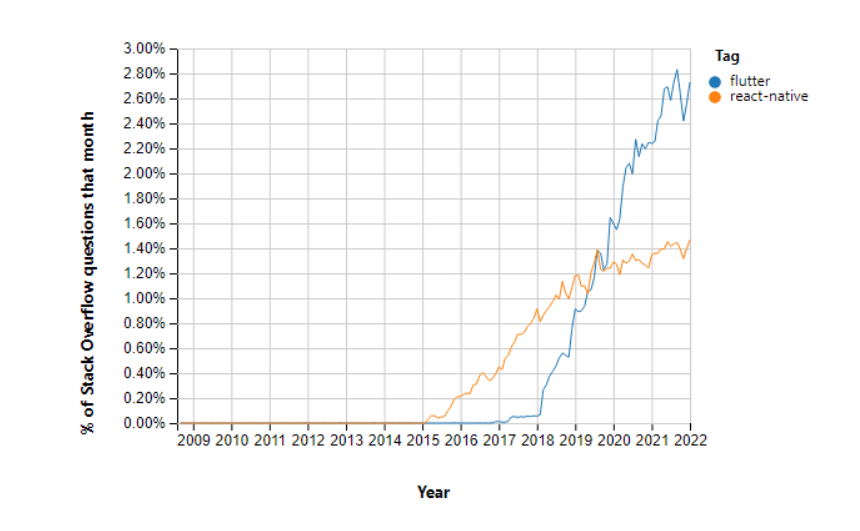 Due to this feature any change in the code instantly visible on the UI. It results in faster work on the appearance of the application. Besides this it allows developers to rectify errors and save effort and cost.

Flutter is one the first choice for cross-platform front end technologies. Hence using single –code base we can develop applications for both android and iOS. Moreover, the app built using this front end framework has a native feel and look.

Flutter has a Google firebase support as a backend, thus using this framework front end developers can develop highly robust and scalable applications.

Flutter comes with various built-in widgets. Everything in Flutter is called widget such as color, menu, padding, etc. Moreover, this front end technology is capable of creating customized widgets as per your business requirements. 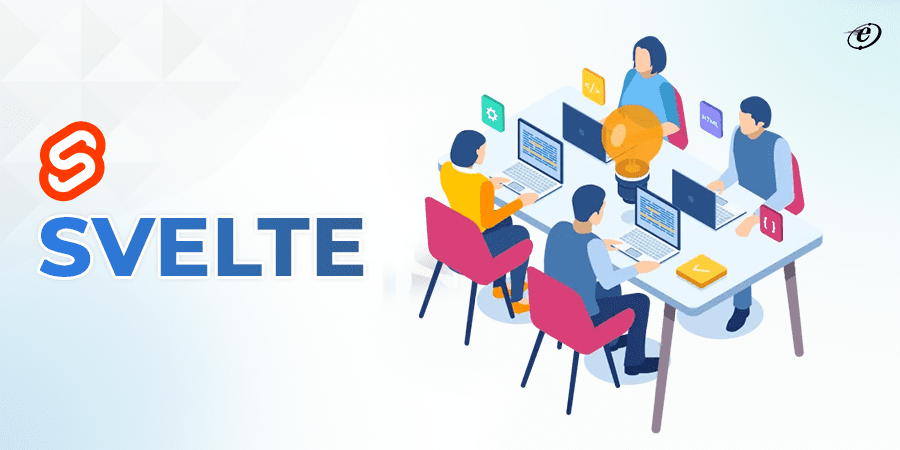 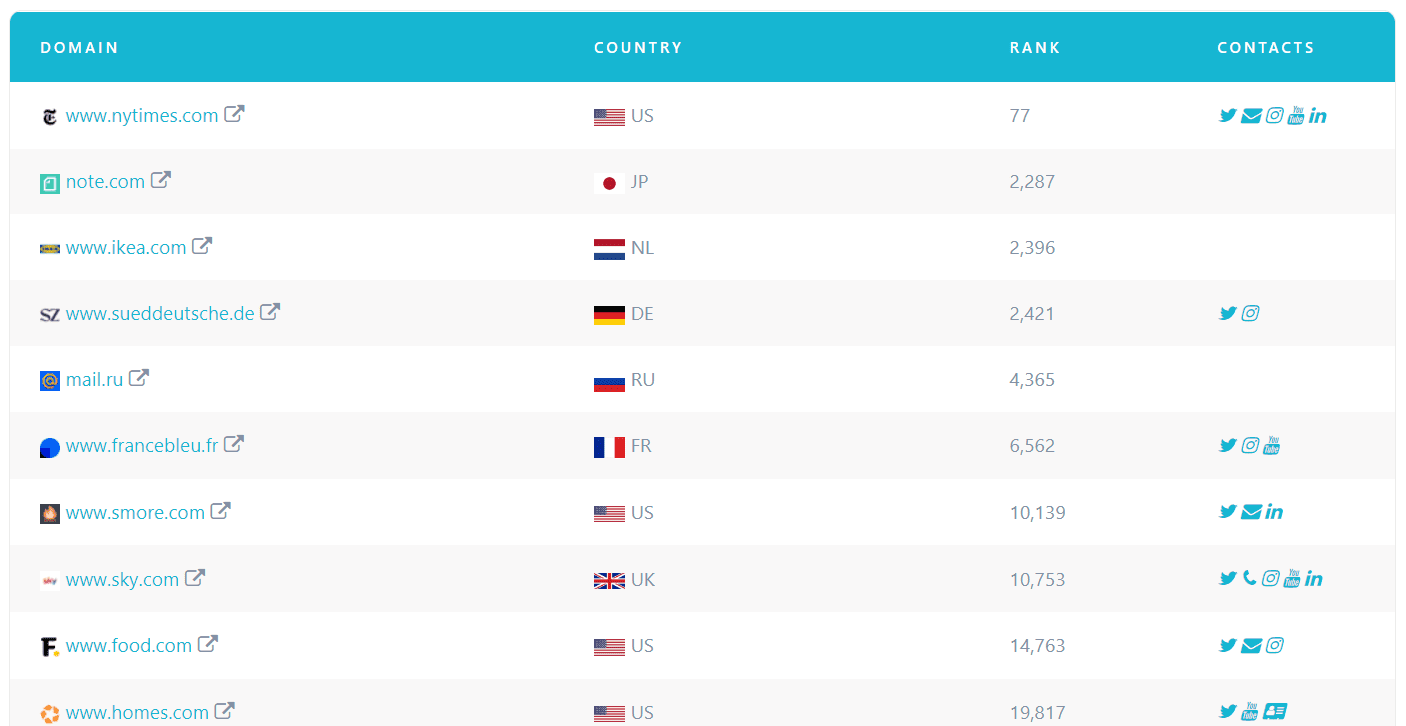 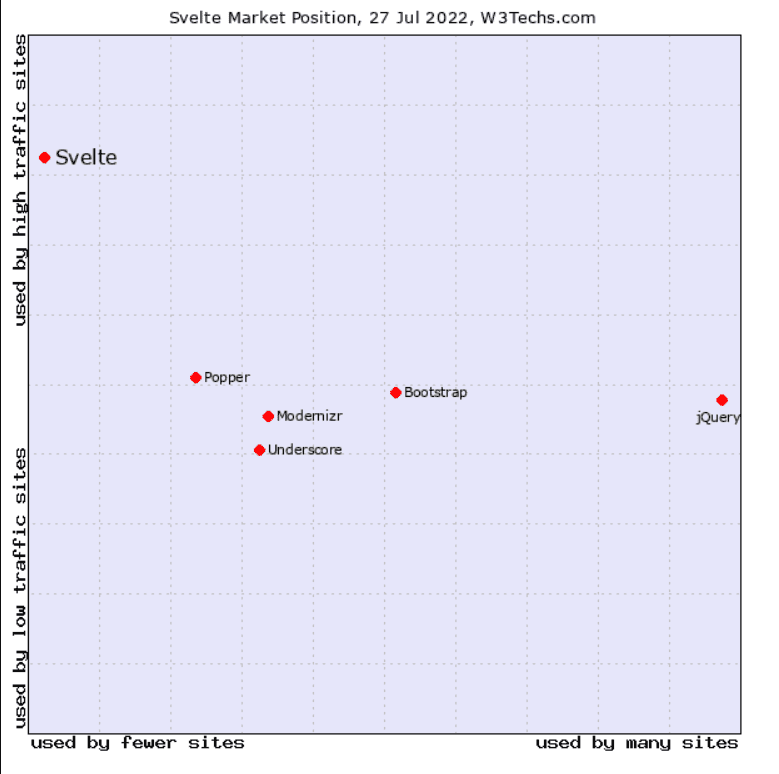 Svelte allows developers to develop applications without much stress as it updates the DOM at build-time.

This framework also marks up unused CSS selector to avoid leftover code snippets and to keep the code as concise as possible. 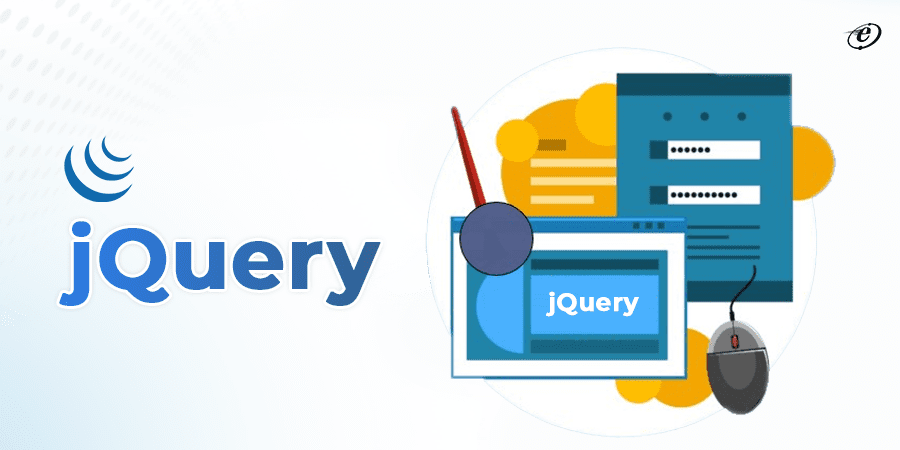 Jhon Resig develop this framework in 2006. But despite being old it is still popular among developers and widely used. It is very simple and easy to use, you don’t need to write extensive JavaScript codes.

It is one of the small, fast, and feature-rich JavaScript libraries. With an easy-to-use API that works across a multitude of browsers certain things are easier to make such as event handling, HTML document traversal and manipulation, animation, and Ajax. Earlier it was not possible to develop a mobile application with this framework. With the development of jQuery Mobile, developing mobile app is now easier. 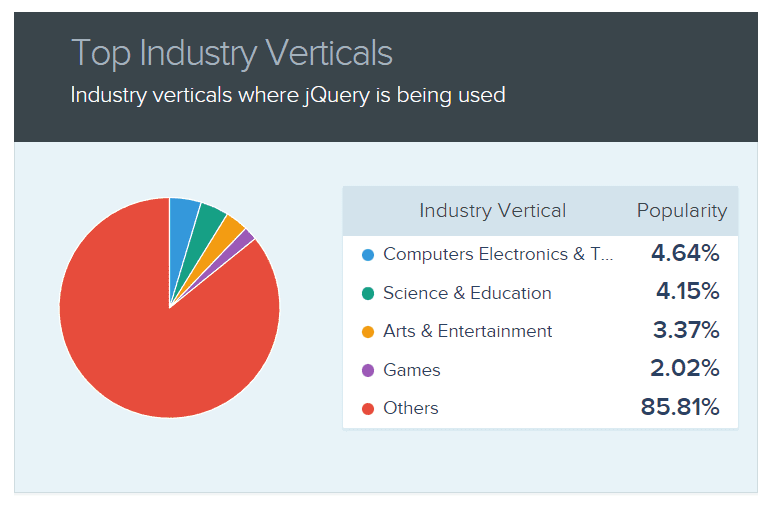 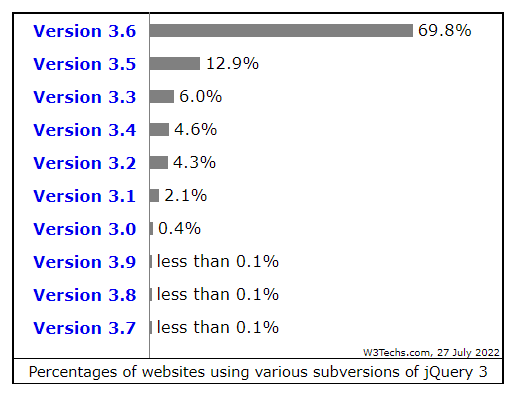 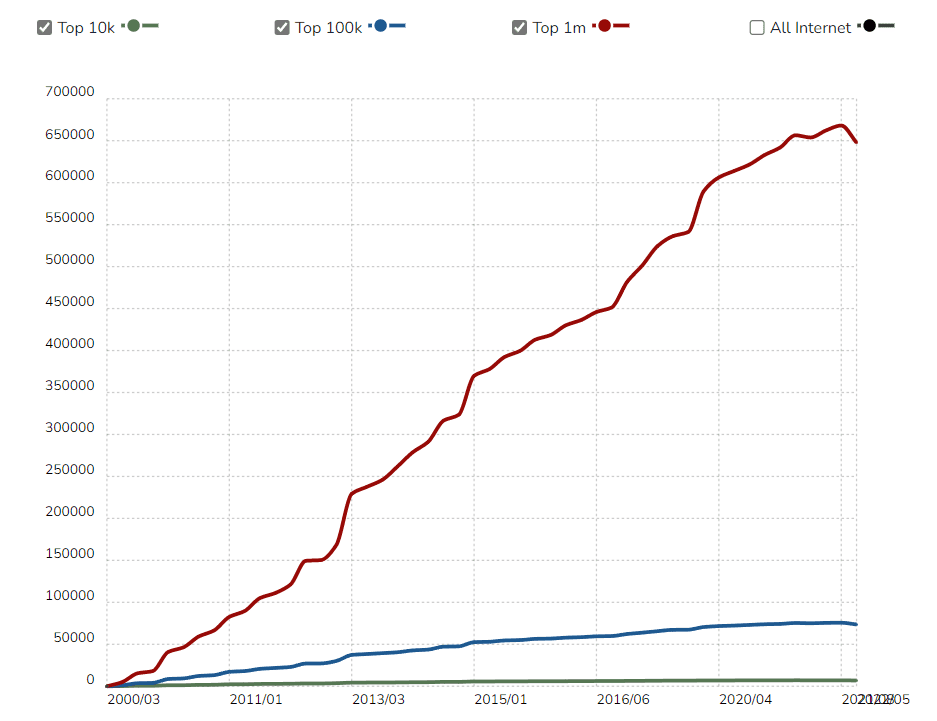 AJAX (Asynchronous JavaScript and XML) is used to load data in the background and without loading the whole page displaying it in the background. It is easier to implement Ajax call in jQuery to develop feature-rich and responsive sites

To manipulate style for any HTML elements jQuery, have predefined CSS ().

In this front end framework, it is easier to choose DOM elements, modify their content and traverse them.

JQuery offers a wide variety of events using the DOM object such as mouse over on the div, clicking on the button, etc.

How to choose the best Front end Technologies for your next project?

A front end is the face of your business, which talks to your customers on your behalf. Hence putting initial effort into deciding the techstack you want to use to develop the front end of your application is worth for your business.
We have covered the top 7 front end technologies in this blog. The one which works for others is not necessarily the best option in your case as well. Then the question is how to find the best frontend technologies for your upcoming project?

A top front end development company for web and mobile app development will suggest you the right framework considering your business requirements. Moreover, you have to consider a couple of factors before choosing the frontend framework for your project. Let’s see what those are

There are a couple of factors we have to consider before choosing the front-end framework for your project. Let’s see what those are

Future Growth- If you have in mind to increase your project size in future, then use that techstack that can be scaled adequately.

After reading this blog, I hope it is easier for you to decide on the top front end framework for your dream project. If you are still confused and need further support, connect with our experienced front-end developers. You will get immediate guidance.

Digital Marketing Manager Responsible for developing and managing web presence, Gauri has been associated with eLuminous Technologies for 7+ years. Strategic and innovative with a passion for Content Marketing and enhancing brand awareness. Administered all business marketing operations and advertisement campaigns that eventually increased web traffic. She works under the motto “Think like a Publisher, not a Marketer.”