How 2022 will shape UI design trends for the next decade? 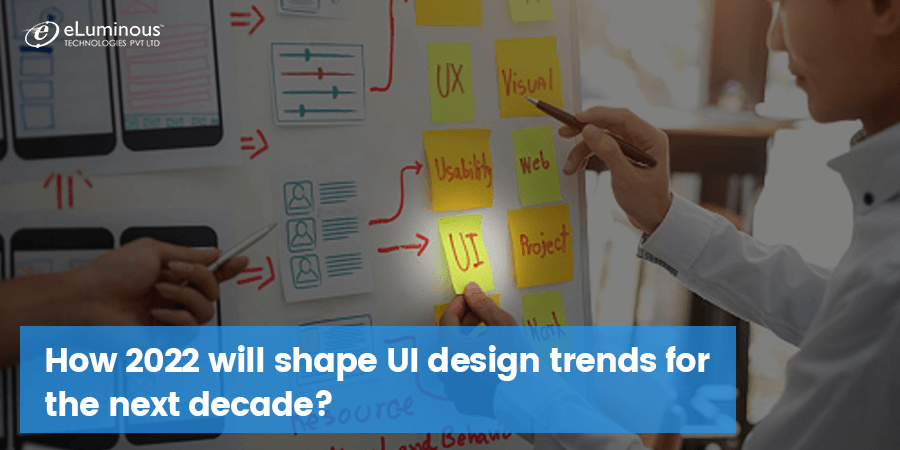 The events of 2021 signal significant shifts in how we use technology in the future. What will be the impact on 2022 UX and UI trends? Well, it may be the year that we return to ‘normal,’ but it will most likely be a slightly different normal. Covid-19 has completely changed the way we work in the digital world. We were still connecting, meeting, and creating when we were confined to our houses, but in a new and slightly different manner. Zoom meetings have grown regular, and running an enterprise in a virtual and real-world hybrid has become increasingly sophisticated.

Yes, dark mode, ethical design, storytelling with creative visuals, and bold typography will continue to be the defining aspects of digital platforms and you can hire VueJs developers to bank on these trends. We can no longer call these aspects “current UI trends,” but rather “common knowledge,” because they’ve been on the radar for a few years. Based on what transpired in 2021, let’s look at what the defining factors will be in 2022.

You can have custom illustrations that are digital or hand-drawn, 2D or 3D. Free Forms, components, unaligned elements and immense asymmetry not only help platforms stand out from the crowd, but they also create a welcoming and friendly environment that improves user experience. These illustrations are typically brought to life with elaborate motion design to make these pages stand out. This vibrancy makes it easier to grab the attention of users and quickly explain what the company or brand has to offer. A fun graphic may give a website or mobile app a personality and make it more memorable. 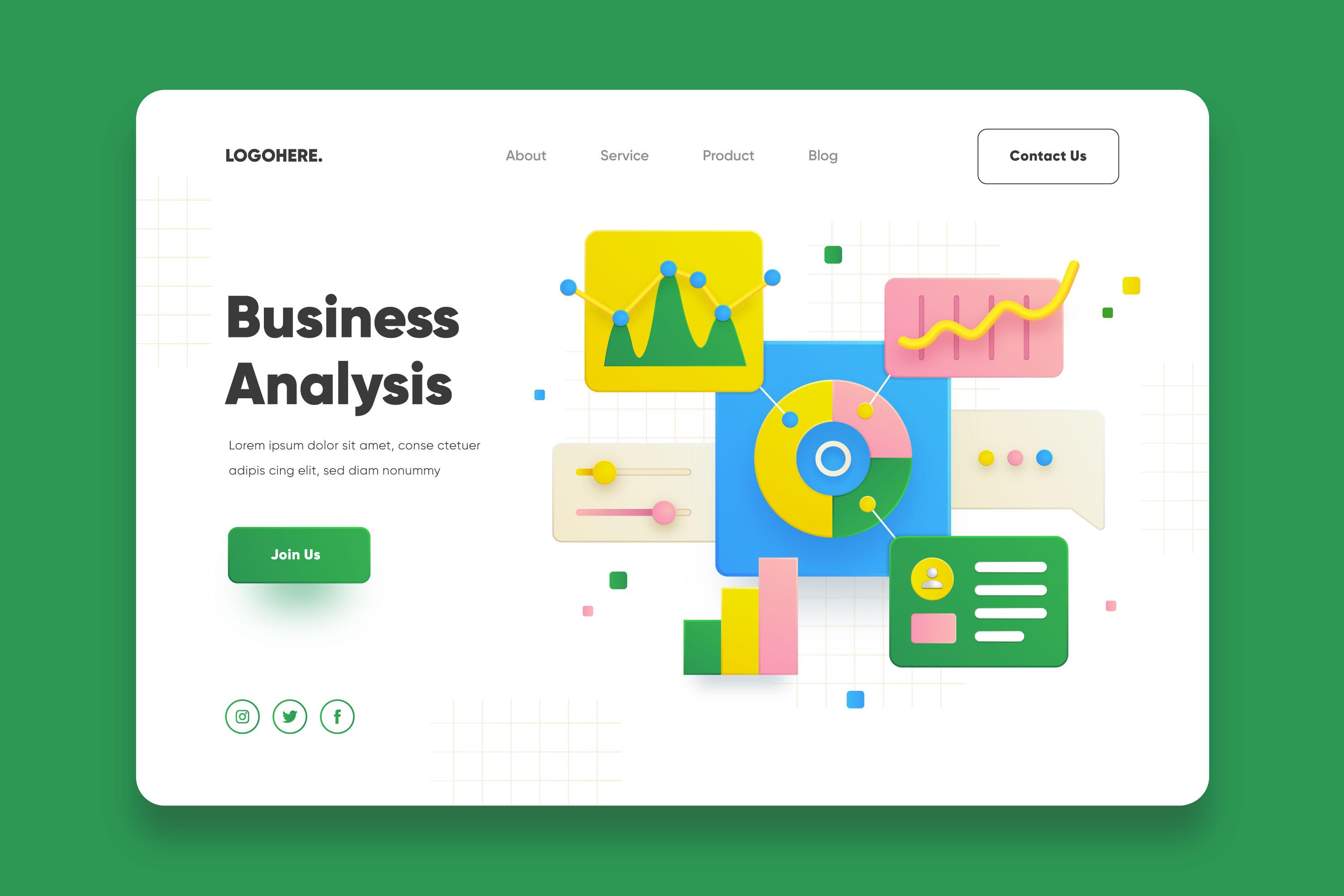 In addition, the criticism for such dynamism should also be considered. Following an event, feedback should be given to ensure that the anticipated action was carried out. Users are drawn in by moving objects and unexpected animations, which entice them to keep scrolling to see what occurs next. Nonetheless, we must be wary of these bold ideas and consider the business that the website represents.

Whenever a modification is made, it should be tested to see how effective it is in terms of conversion rates. A business website can still look modern and professional if used correctly, minimalistic with a touch of nice 3D artwork.

Micro animations and flashy over-the-top interactions are frequently used on websites to make them stand out. We’ve all seen intriguing gimmicks and quirks that entice us to explore every last element of a website. One of the most popular interactions is when my cursor movement is used as an input, resulting in vibrant and amusing results.

With our devices and software improves every year, technology offers more options than ever before. Product designers and engineers now have more options. Thankfully, certain firms are open to crazy ideas, allowing us to obsess over the tiniest details. You can hire front end developers to program such custom functionalities into your website design.

Delve into the Metaverse

There’s been a lot of speculation about what the future holds for how we interact and live in the Metaverse since Facebook rebranded to Meta.

For those unfamiliar with Metaverse, it is a hybrid of technologies such as virtual reality, augmented reality, and video in which users “live” in a digital realm. Its proponents refer to it as the “new internet” and believe it has enormous potential. The AR/VR market will skyrocket if Meta’s strategy works. 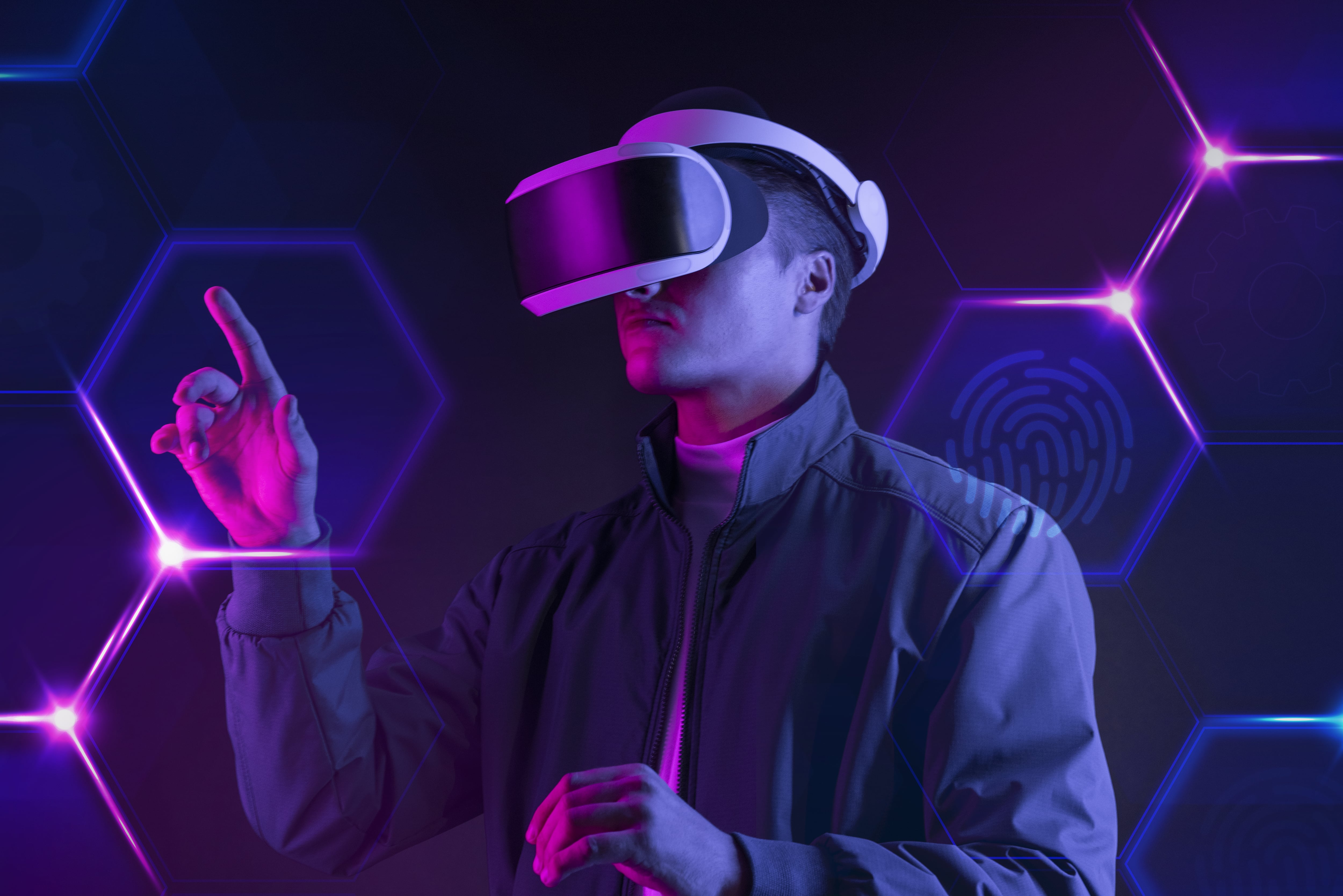 Meta intends to reduce the cost of their Oculus headsets, including the Quest. Larger markets demand a greater focus on creating new experiences on those platforms, which can lead to new opportunities for UX/UI design. It’s a new frontier for technological developments and innovation.

Instead of keeping to the grid, these User Interface trends will encourage people to think outside the box. Forget about screen-based user interfaces. Instead, place a premium on interactions that feel like they’re taking place in a real-world setting.

Google and Apple have already released their own Augmented Reality development platforms, ARCore and ARKit, which combine the physical and digital worlds. AI UI can be approached in a variety of ways:

Aside from the headset, Apple invests in augmented reality, and the Apple Glasses are generating a lot of buzz. As a result, if you haven’t already, start learning about the future AR UI kits as a designer. You should also carefully consider the context and function of AR experiences.

As designers, we must be aware that we will need to prepare and begin learning new tools. In the coming years, being able to design augmented reality interfaces and 3D features may prove to be a very useful skill.

3D has been around for a while and is steadily gaining popularity. Fortunately, we live in an era where technical advances, such as rapid developments in semiconductor fabrication and software optimization over the previous decade, have made even low-end devices capable of handling complex pictures in real-time. As a result, using dynamic 3D UI is no longer a hassle. 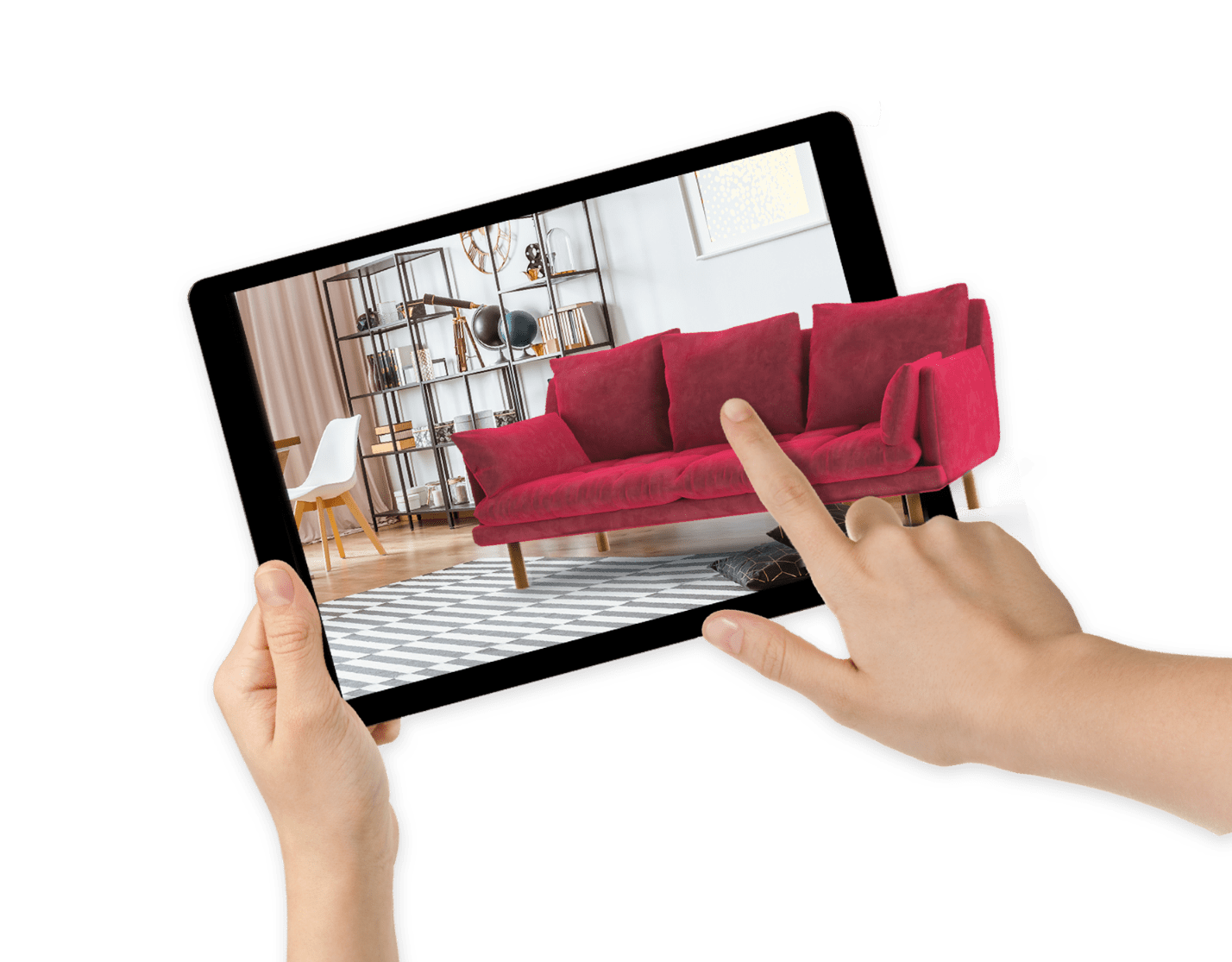 Animated features such as logos, illustrations, and texts will grow on web pages in 2022, allowing users to distinguish between interactive and non-interactive components.

E-commerce is one of the most practical methods to incorporate 3D into a digital product. As the market shifts to the online realm, marketers devise ingenious ways to entice us with their offerings. Anyone can generate high-quality scans of objects with using photo scanning solutions.

Apple and IKEA were among the first companies to use AR to exhibit some of their products, and other companies, such as DJI and Fjallraven, joined in 2021. With the rapid growth of the e-commerce industry, 3D will appear in more places than ever before. Designers are free to comprehend outside of the usual X and Y-axis when designing concepts. We’ve broken free from the confines of the 2D world. We now have more options than ever before for presenting user interface. Let’s turn this into something positive!

Font trends aren’t particularly interesting to discuss because most styles are tailored to specific industries. Serif fonts are common in fashion and note-taking apps, while sans serif fonts are common in computer products, and so on. Brands starting to embrace and adopt the aesthetic of considerably bolder fonts and inktrap typefaces in their UI are two trends that will influence 2022. 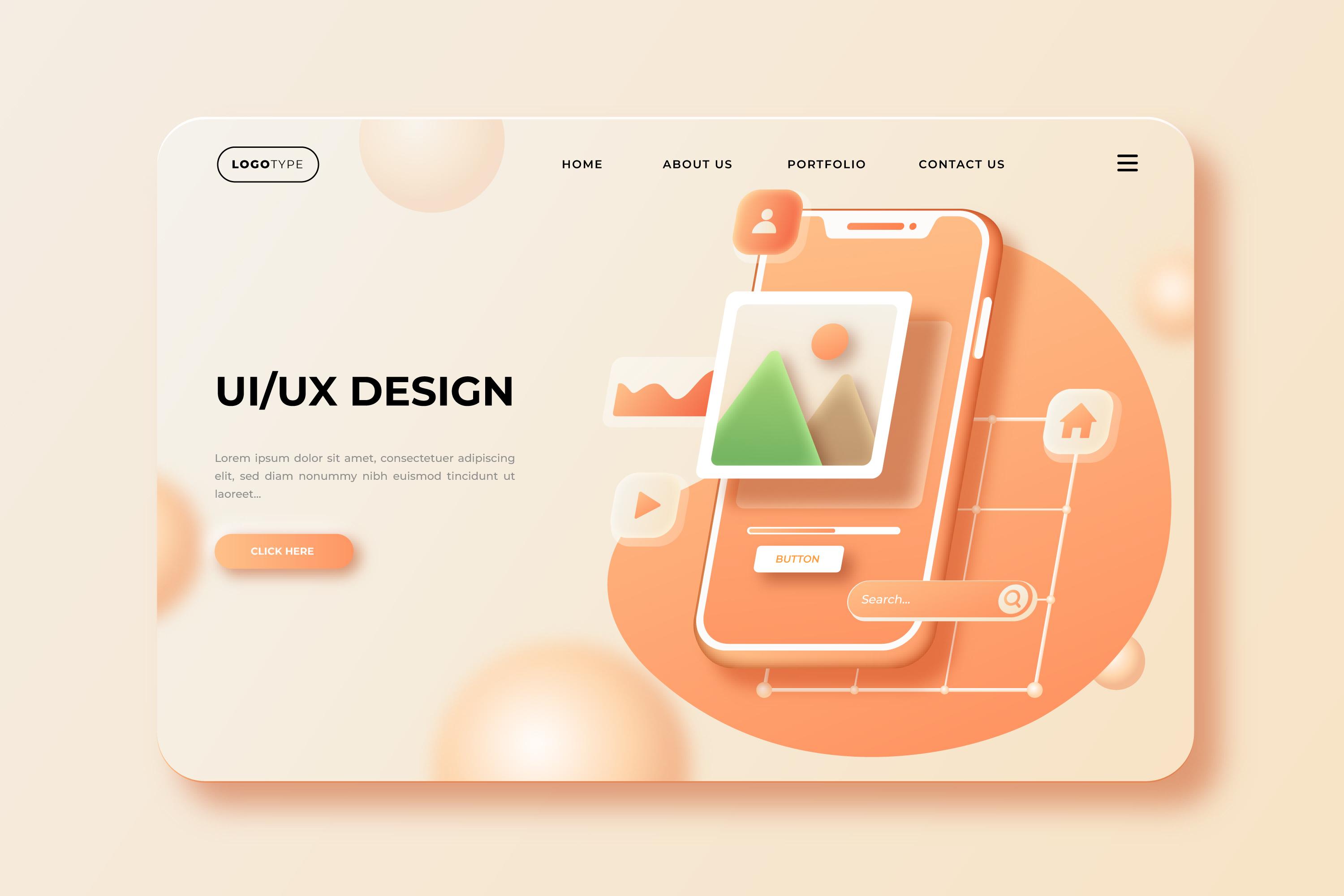 For example, Discord and Nike both redesigned their logos in 2021, and they appear to have one thing in common: big typefaces on their websites. This design incorporates a lot of negative space and accentuates titles.

An ink trap is a feature of certain typefaces created for small-scale printing, for those who are unfamiliar with the phrase. The letterforms have their corners and features removed. Ink spontaneously spreads into the deleted region as the type is printed. Excess ink would sink outside without ink traps, ruining the clean edge.

Despite the fact that ink traps were developed for printing on newsprint with small point sizes, we’ve recently seen the complete opposite. On websites, a bold larger variant of these fonts began to appear, giving the typography more character and charm.

Low-code and no-code software have also been gaining popularity in recent years. These systems necessitate either a minimal level of programming knowledge (Low code) or none at all (No Code). Although they do necessitate some industry knowledge, they do make it feasible for you to create your own website.

There are a variety of websites editors available that allow users to create and publish their own websites.

Google released Android 12 along with Material You, a new user interface. The most notable feature for most of us, aside from a major makeover, was Dynamic color palettes. This means you’ll be able to customize the appearance of your phone even more. It’s simple to use: it offers a palette based on your wallpaper that matches it in color, hue, and tone, resulting in a pleasing and harmonious outcome.

This update was released in 2021, however as we all know, Android updates are slower to take hold than iOS updates, and manufacturers often design their own versions of the OS.

Samsung’s One UI 4, for example, includes dynamic color palettes in addition to several other improvements. However, just because it’s available on Android doesn’t imply it’ll be available to iOS users in the future. Apple is quite specific about what new features it adds to iOS.

When it comes to UI, designers should keep dynamic color palettes in mind. More manufacturers will have their own interpretation of this trend by 2022, thus such palettes have a good possibility of becoming a standard on Android.

The ability to make excellent stories around a digital experience will continue to grow in popularity. Typography can create a powerful visual hierarchy by itself. It is an extremely important component of UI and plays a significant role in delivering a great user experience.

Text formatting alone will not suffice, since copywriting has emerged as one of the most significant aspects of a positive user experience, and it will continue to do so in the future year. The narrative engages users with a brand since it makes them feel like they’re a part of the narrative, while the style attracts their attention. As a result, users are less likely to skim over the text. So, don’t dismiss the importance of UX writing.

A custom web application development company will be able to deliver on these modern trends with their expertise in the field. There are a few new and promising technologies that have the potential to significantly influence UX/UI design and change how we use our gadgets. These new UI design concepts will remain with us for a long time before becoming mainstream, but it’s never a bad idea to plan ahead.