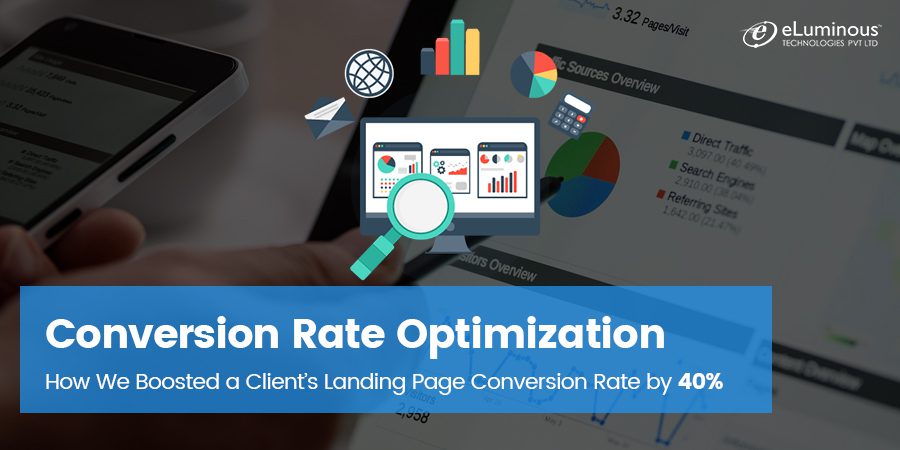 That the conversion rate is the single most important metric in any digital marketing campaign is a mantra that many marketers hold dear. And to think of it, there’s nothing inherently wrong with that assumption. After all, it’s the metric that acts as a bridge between the implementation of various digital marketing techniques and the measurement of their ROI.

The conversion rate is defined as the percentage of visitors to your website who end up performing a desired action. Conversion as an act comprises a wide variety of actions. For instance, a blog site could consider a newsletter sign-up as a successful conversion while the same could be true for an eCommerce site only when a visitor buys something.

However, the danger of stagnation is omnipresent and the conversion rate can fall prey to it without warning. To the chagrin of many site owners, a fall in conversion rate (or even its lack of growth) is often unrelated to the quality of their services or products. A product or service could still be the best (in terms of performance or price) and yet, fail to set the sales (or any other conversion metric) charts on fire.

The above-mentioned problem can be rectified by throwing more resources at it; from increasing marketing spends to putting more people on the task and aiming for greater visitor traffic. However, all these tactics call for greater spending and funnily enough, offer no guarantee of an increase in the conversion rate.

But what if the conversion rate could be increased without spending more resources? What if the focus instead was on improving what was already there?

That is exactly what we did for a leading manufacturer of baby care products from UK, with a special focus on baby monitors in USA,UK, France,etc. Here’s a brief insight into what ailed the client and how our conversion rate optimization approach helped his company increase its landing page’s conversion rate by 40%.

It was founded in 1997 with the aim of designing and selling an array of baby care products. The company’s focus, or core competency, were remote baby monitors. The global baby monitor market is pegged at a shade under $2 billion by 2023. With a host of upstarts and big-name corporations making a dash to grab a piece of this growing pie, they saw their LP’s conversion rate stagnate, and even fall in certain periods. As one of the oldest players in the game, the company enjoyed excellent brand recall, especially in the key markets of France, the UK and the USA. Along with a well-directed paid marketing campaign, this helped  the client attract a steady stream of visitors to its landing page. However, the conversion rate was nothing home to write about. There were visitors galore but not enough purchases. In a nutshell, the company’s efforts at paid marketing were punching way below their weight.

The same legacy that made his brand to trust with in the baby monitor market also manifested in the company’s landing page design and layout, which were laborious and required the visitor to jump a few hoops before getting to the product (baby monitor) of their choice. Secondly, and as can be seen in the Control section below, paid search links led to a landing page that focussed only on bathing and changing products. In other words, the company’s star performer was relegated to the backstage, thus disappointing visitors who expected an easier way to know more about their preferred baby monitor product.

Thirdly, although the client was aiming at greater diversification in terms baby care products, the baby monitor was still its bestselling product. Fourthly, that baby monitors are among the first products new parents tend to buy and his company was an established name in the field were an undeniable advantage.

With these guiding points, we decided to test out a Variation whereby the baby monitor products section was highlighted prominently on landing page. So, when a visitor followed a paid link and landed on the company’s website, the baby monitor section would be the first one they’d see. By implementing this Variation, we expected to see a rise in the number of visitors who made a purchase on the website. 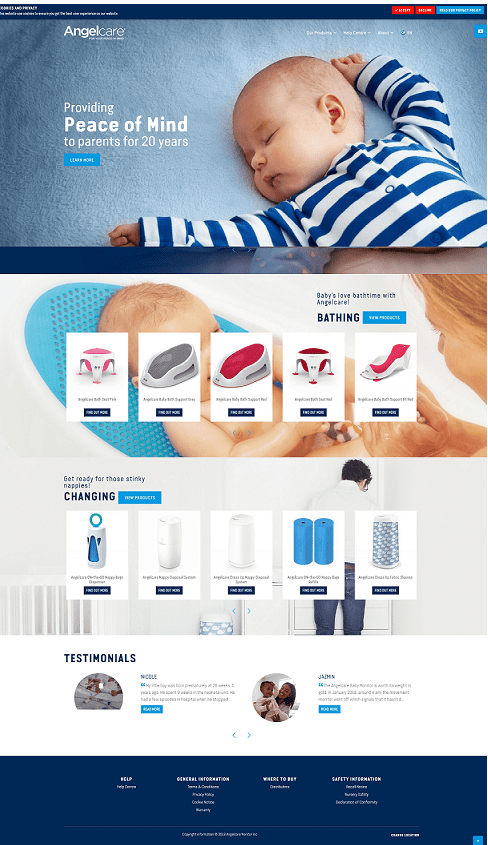 The Treatment outperformed the Control in conversion by more than 40% and reduced the cost per acquisition by almost 33%.

Interestingly, the absence of any copy in the landing page led to contrasting outcomes. So, while restricting copy to the product pages led to search bots looking at the landing page unfavorably (cue the drop in QS), the opposite was true when it came to real human visitors (as reflected in the higher conversion rates). This also points to the phenomenon that being in a search engine’s good books doesn’t always lead to higher rates of conversion.

There are two aspects to increasing the ROI through effective CRO strategies. While a lower CPA no doubt helps boost ROI, cost-effective CRO strategies do their bit as well. In case of the above company, for instance, our team of developers and content creators implemented multiple A/B testing modules without tinkering with the underlying structure of the landing page, thus saving a fair bit of time and money. This was made possible by the use of third-party CRO tools like ABTasty, Qubit, Optimizely and Monetate, among others. Among the several Variations we tried out on client’s landing page using these tools were changing webpage layouts, optimizing product copy, experimenting with CTAs like newsletter signups and special offers, etc.

So, while the most successful Variation (featuring baby monitors on the landing page) had a direct and positive impact on the client’s CVR and CPA, our team made the entire process of narrowing down to that winning Variation cost-effective and agile. To sum it up, our client not only found a way to increase the effectiveness of their ad spends but it did so in a time- and cost-bound manner.